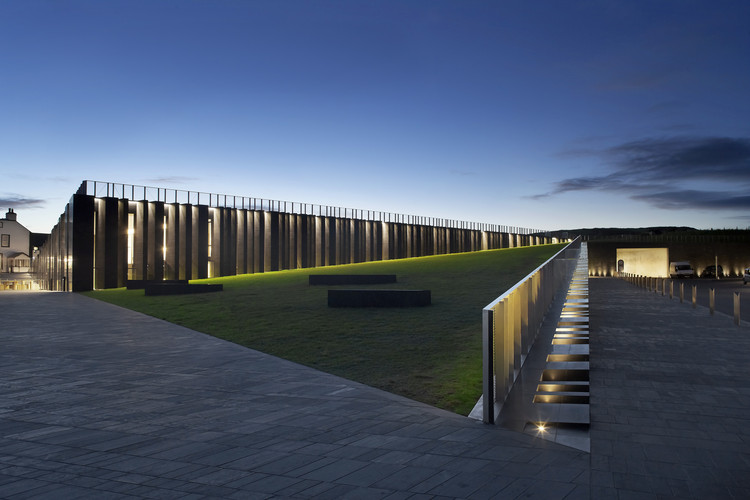 The project is located at the ridgeline of the North Antrim coast at the gateway to the UNESCO World Heritage Site.

The proposal for the new visitor facilities can be understood as two folds into the landscape. One folds upwards revealing the building and the second folds down to form the carpark and shield it from view of the approach road and coastal path. Between the two folds, a ramp leads to the coastal ridgeline which is restored at this location.

The visitor’s centre at the Giant’s Causeway is experienced as an event along the route to the Causeway and the coastline. It is a carefully sculpted intervention into this landscape which is both visible and invisible, invisible from the cliffside yet recognisable from the land side.

The aspirations for this project in every way are of the highest order as befits its location, excellence in architectural and landscape design, excellence in sustainable practices and construction. The project’s design has received a BREEAM “Excellent” rating.

The folds are precise and geometric yet vanish into the patchwork that forms the tapestries of fields. The architectural expression of the edges of the folds is singular, stone mullions that echo the columnar landscape of the Causeway site. The strategy for the building creates a space between the basalt and the folded plane of the grass roof; a space formed within the materials of the site. The basalt edge is formed as a weave between basalt stone columns and glazing where changes are created in transparency and opacity along the visitor’s route. What belies this simple façade concept is a carefully engineered solution which evolved around the inherent properties of the locally sourced basalt stone. 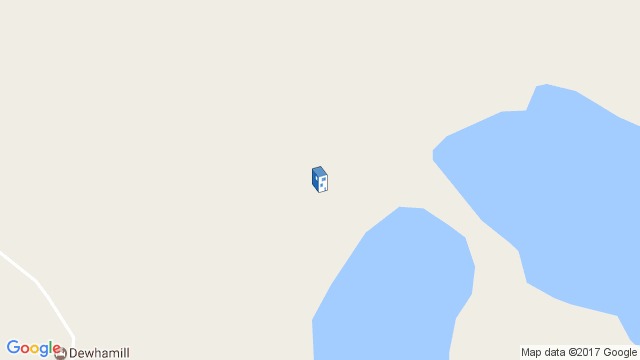 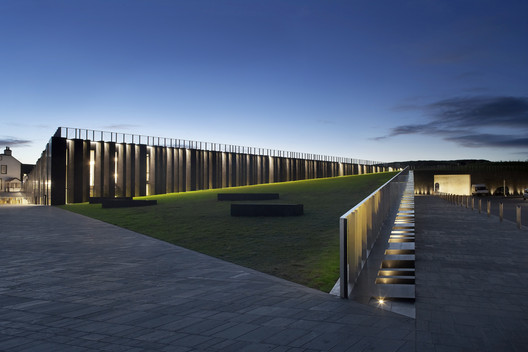