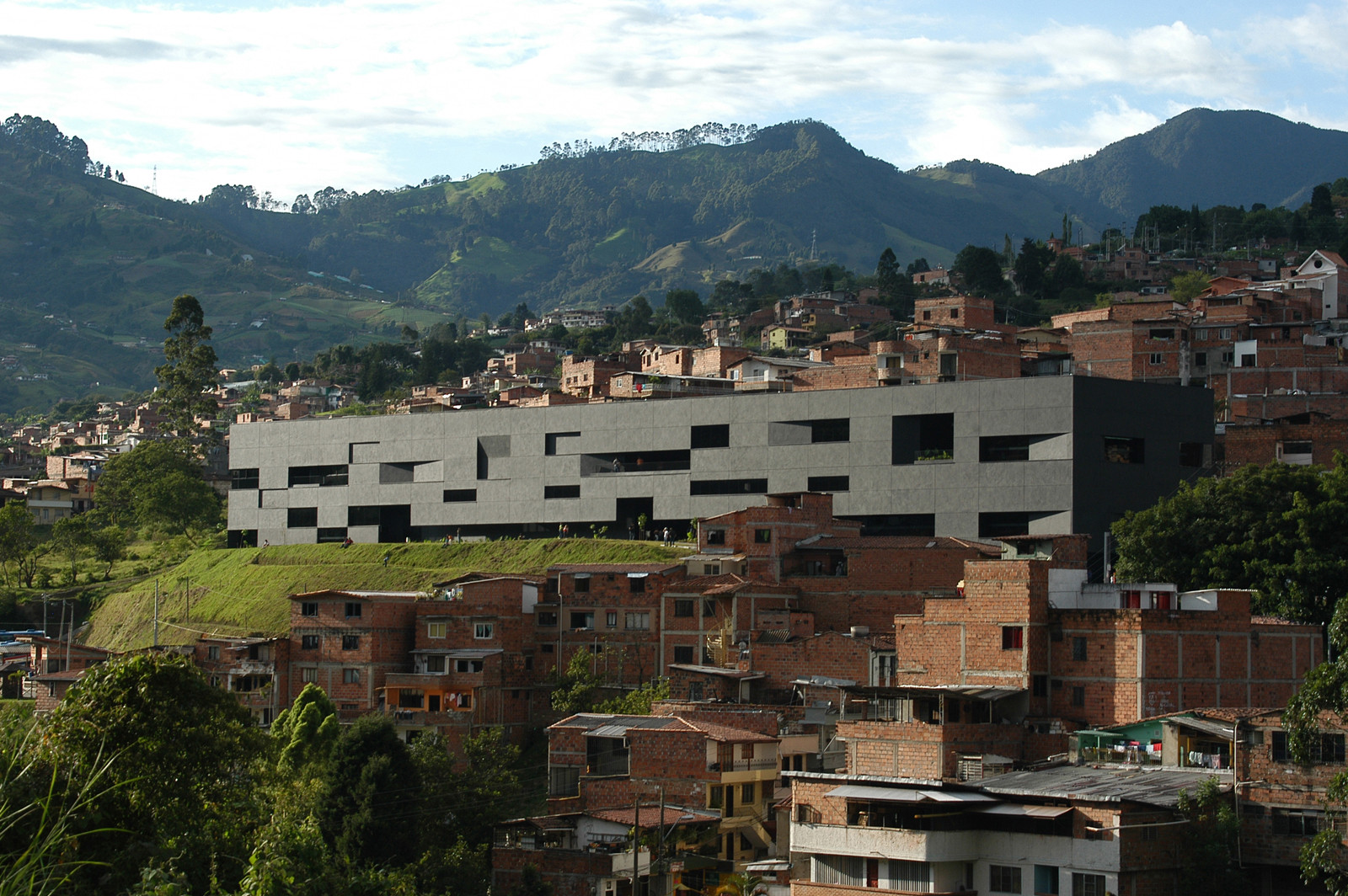 Text description provided by the architects. San Cristobal is an urban village located on the west hills of the city of Medellin along the narrow valley of Iguaná creek. The exceptional climate condition makes this village into one of the city’s main sources of agricultural products, particularly flowers, vegetables and fruits.

The Fernando Botero Library Park, is part of an ambitious Master Plan unprecedented in the history of San Cristobal, aimed at revitalizing the city center through the introduction of cultural facilities and services with the intent to meet the most urgent social needs of a predominantly low-income population that has long been marginalized from the social investment policies by the State.

The "Genius Loci" of this semi-rural area shows a strong relationship with the landscape. The broken surface and the steep topography of San Cristobal generate a particular urban morphology, which exposes the side walls of the buildings and its randomly arranged windows, thus producing an interesting urban texture of "city perforations". This is why the reading of voids or "perforations" in the urban fabric as openings to the exterior is the genesis of the architectural project.

Placed in the center of the village, the building takes the form of a muscular yet serene horizontal body anchored to the topography. Its proportions furnish a condition of metropolitan scale towards the urban landscape and a domestic scale towards the neighborhood. Its location is consistent with the dynamics of the urban fabric, by generating, on the north side, a pedestrian boulevard on traces of ancient roads, facilitating connections with future urban facilities; and on the south, a lookout plaza with direct connection to San Cristobal's main square frames the access to the central hall of the building.

Although its language suggests an obvious contrast to the spontaneous and traditional local architecture, the facades interpret and reproduce subtle features of the context by generating a dialogue through a random play of folds, gaps, cavities and perforations. The sealed monolithic appearance of the building contrasts with its sculpted interior, where surprising spatial dimensions expose a complex anatomy of driving perspectives of light and landscape, which is always present from different angles and spaces from the interior of the building.

Light, shade and penumbra play a main role in the physical and atmospheric composition of the interior of the building. All spaces are bathed in a silent concert of zenithal light that descends through light wells from skylights in the roof. These vertical perforations also provide visual connections between the different levels revealing a system of spatial relationships that enrich the experience through the spaces. Although all the spaces are lit with natural light, its boundaries, borders and corners fade into penumbra.

The Library, as a repository and circulation of knowledge, has cathedral like characteristics. The central nave, conceived as an interior street, rules the distribution of primary and secondary rooms; from the atrium to the reading rooms there is a constant change of scales that define the particular character of each space. The reading rooms inspired in the libraries of the past, are reproduced in the classical manner, with shelves on the perimeter except for openings that allow glimpses into the surrounding landscape.

The children's reading room defies rational logic and evokes a magical and abstract universe with colored cubes suspended from the ceiling where back lit fragments of sky with clouds enhances the surrealism of this space.

The theater is a space of pristine simplicity in whose mysterious atmosphere symbolically appears the warmth of the red carpet, unmistakable emblem of the glamorous and fascinating world of the performing arts.

The reduced use of materials and finishes builds an order of austerity and restrain. The predominant material is traditional plaster and despite its rough texture, its dark color gives it a character of sophistication and elegance. 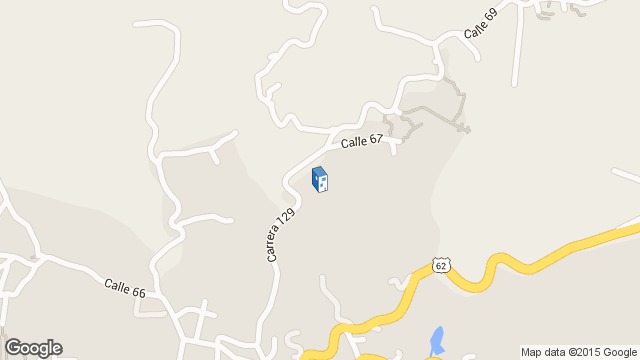