Save
The Brick Loft / FARM Architect 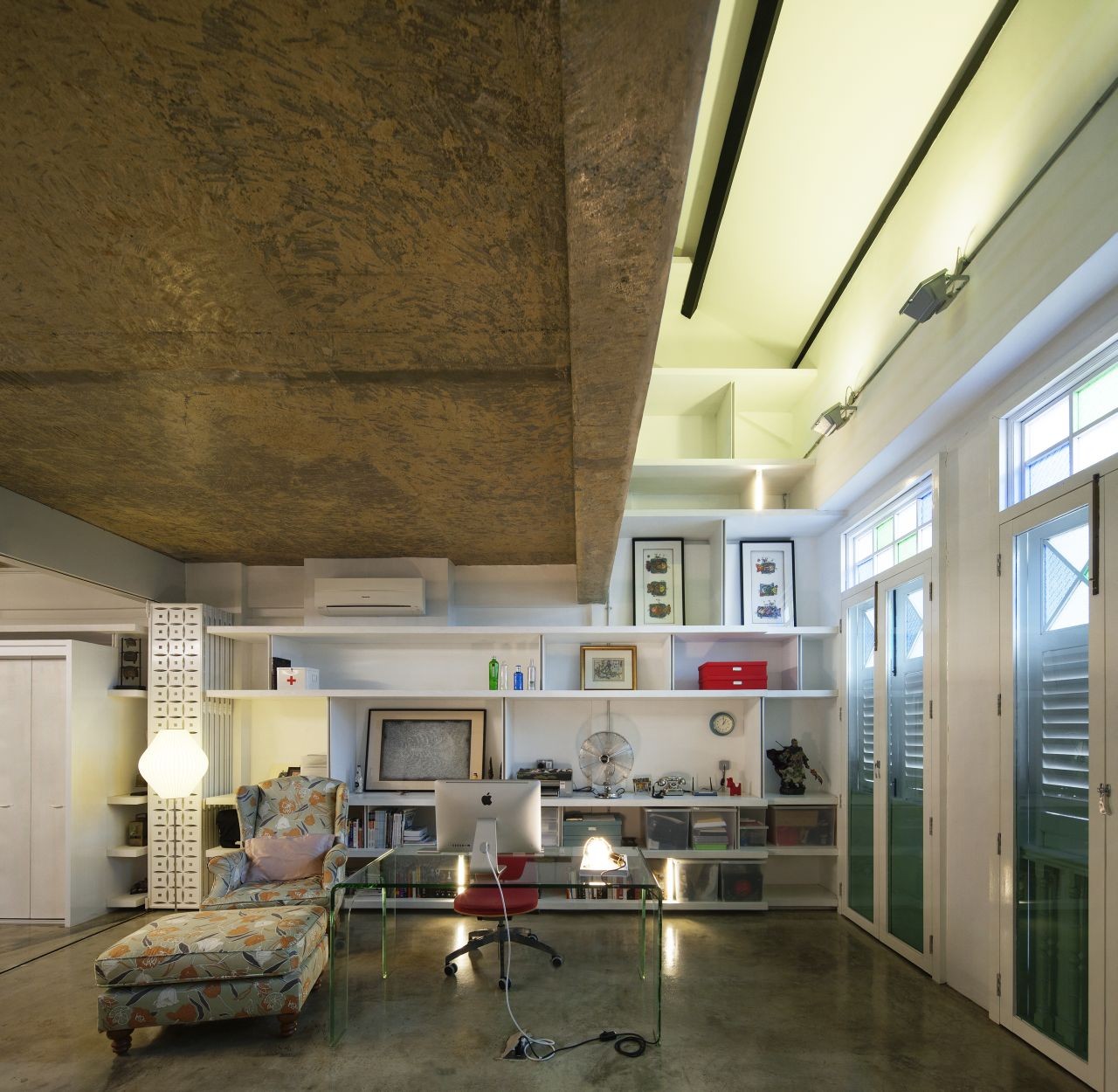 Text description provided by the architects. It is hard to imagine that this apartment was previously a dingy looking office unit. But obviously its new owners saw its potential, and we too, as well. Situated on the second storey of a shophouse unit in the charming JooChiat area, we wanted to reinvent, with a localised design language, the concept of a chic industrial loft. Well, we end up calling this apartment endearingly by the name of 'the brick loft house'.

From the onset, we knew the importance of bringing light and the sense of lightness to the space within. The apartment has to feel as if it's suffused with light. To do that, walls were knocked down to create an outdoor verandah area upon entry. Huge timber framed glass sliding doors are used to further increase light porosity. Generous amount of louvres are used at the rooftop to bring in more light to the mezzanine bedroom.

The feel of the industrial is brought out through the sensitive use of building materials and the reinvention of their vocabulary and usage. Taking a cue from concrete ventilation blocks found in old houses, we updated the look with a new custom-made pattern. This pattern is then abstracted and transformed again and brought into the living area via a laser-cut metal screen folding door.

The old plaster of the house was also peeled off to reveal bricks in their original gritty but charming condition. What are 'industrial lofts' without some bricks eh? Then using the idea of these bricks as basic building blocks, we created continuous wall shelving with a similar structure and framing. The key unmissable feature in the apartment is the spiral staircase constructed entirely out of metal, spray-painted all glossy white, and with its balustrade in the dangerously-sexy form of a curving brick wall. 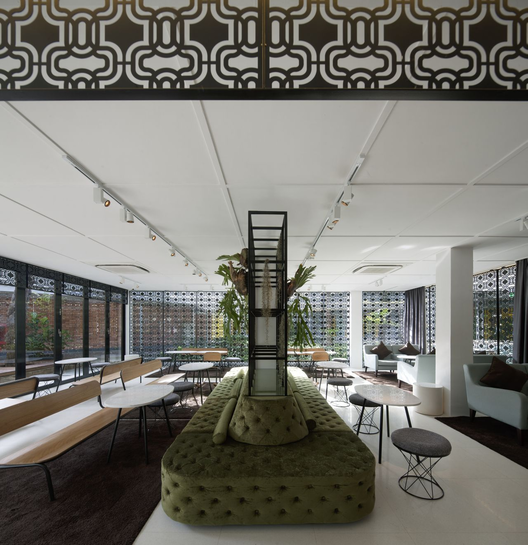 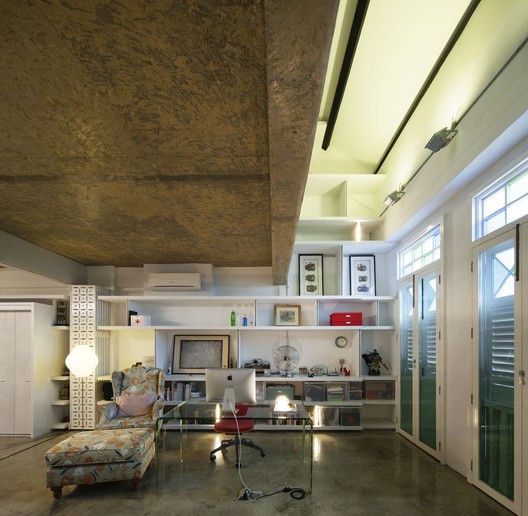