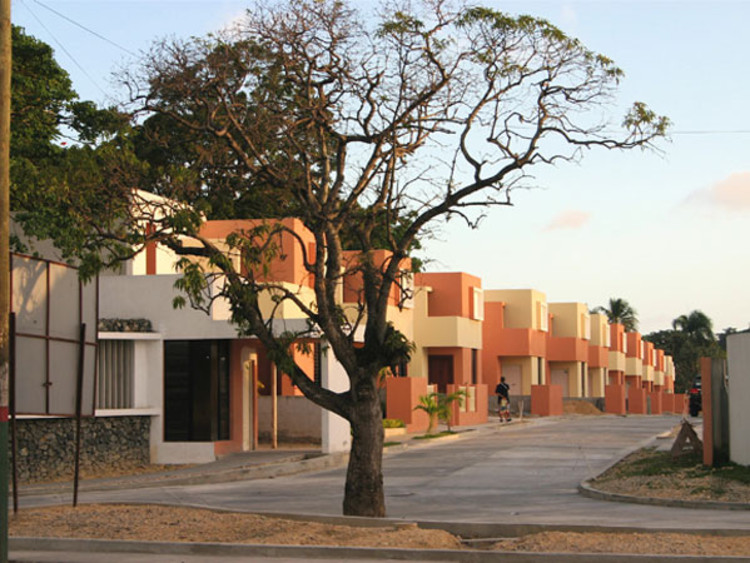 Text description provided by the architects. Los Peralejos is an area located on the Northeastern side of the city of Santo Domingo, just north from Juan Pablo Duarte high-way, the main thoroughfare in the island, and next to Republica de Colombia Ave., which runs along Santo Domingo‘s Green Belt. These are the main access ways into the city from the island's North-Central region (known as Cibao), the area where the country's the main agricultural and livestock production is to be found.

This has brought about the development of large, unplanned industrial production and service centers throughout the area surrounding our project, that mingle with large areas of informal dwelling along with new real state developments that have, in turn, resulted in an expansion of business and social exchange and, thus, in a sustained increase in the area's population as a result of which a large deficit of living space has been triggered.

A distinct trait of the area is the mixed use of the land and the existence of large empty lots. The basic infrastructure -namely drinking water, power supply lines, roads, etc. - are only now being put in place, which has an effect on the development of new real state projects, which are to be conceived within the context of the informal dwelling alternatives that define the landscape.

It is in this context that we were asked to develop a lot of approximately 9,000 sqm, and slightly irregular topography. We were called to develop a real state project aimed at the social stratum that generates the aforementioned housing expansion.

Our lot is located right on Republica de Colombia Ave. This project's particular parameters are:

We have projected an entranceway that runs parallel to the main avenue, to reduce the impact that direct access to the development from said avenue would bring. We have also projected landscaping on both sides of the entranceway to lower noise levels.

The compositional principle that we have proposed is naturally defined by the lot's topography and shape.

These units maintain a similar geometry and regular alignment while following the street axis. The organization of these inhabitable volumes provides a fragmented vision, which in turn causes a number of variations associated with composition, color and shape along the axis.

The proposed units are developed into two levels, where the social and service facilities are located on the lower level while the upper level houses the sleeping quarters. Each unit has a garden in the front, a verandah and a small backyard. 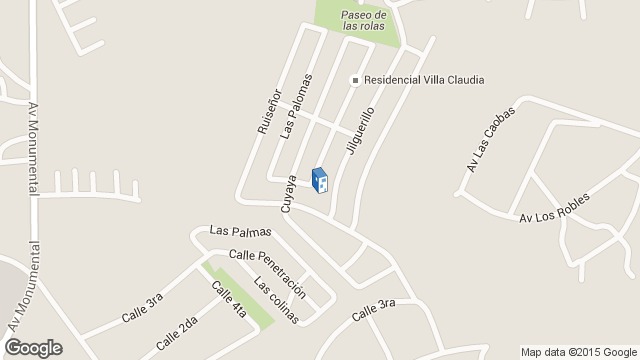