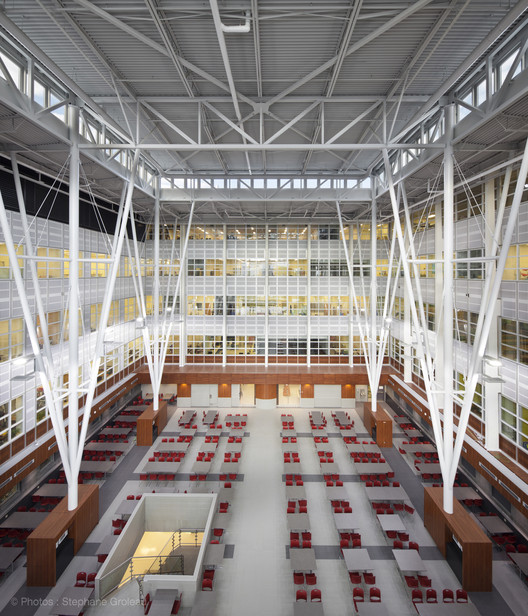 Text description provided by the architects. Laval University’s science building, the Pavillon Alexandre-Vachon, was inaugurated in 1962. After fifty years of use without any significant work done to it, the 45,000 m2 building was in need of a major facelift and complete overhaul. Designed by architect Lucien Mainguy, an important figure in Quebec’s modernist movement, the pavilion is protected by the CAMEO, a university committee that among other things is mandated to protect and maintain Laval University’s architectural heritage. A $90 million phased renovation project was put forward by the university, starting with an initial $18 million investment.

The dual aim of the Pavillon Alexandre-Vachon renovation was therefore conservation and upgrading. Despite the tremendous architectural qualities of its volumetric composition, the science building was seriously lacking in functionality. An almost inexistent lobby, maze-like circulation, obsolete student spaces and deficient universal access were the main challenges that needed addressing by the first phase of the project.

Creating a core for the building including a new lobby, new vertical circulation, cafeteria and new student association rooms were factored in to make the building immediately more functional in the first phase. This space was created with the construction of a roof over the old interior courtyard whose west façade opened out onto the main parking area. The lobby connected to the new cafeteria enables users to directly access all areas of the building by means of a new elevator and a system of walkways linking the building’s wings, which prior to the renovation were isolated from each other.

The chosen architectural approach was strongly influenced by structural requirements. Given the significant shortcomings of the original building’s structural support, the new atrium had to be free standing and completely independent from the original structure. Six 25 metre columns spreading into five branches provide support to the roof at thirty evenly distributed points. The natural light and acoustic qualities of the central space were also addressed. An immense glassed partition on the west side of the atrium, a sky light around the roof’s periphery and the white walls made artificial lighting almost optional. All the walls around the atrium aside from the west wall are made of perforated composite panels behind which absorbent cushions were installed. This provided the new cafeteria with an impressive acoustic quality, considering the type of space.

The building’s exterior was also renovated in keeping with the original architecture. Simple volumes and well considered proportions fully integrate the new addition to the original building. The wing containing the classrooms, which is raised up on columns, was restored rather than renovated. As such the exterior sun shades and interior finishes were almost completely kept intact despite a complete upgrade of the wing. Subsequent phases of the project will incorporate the same objectives of conservation, upgrading, functional improvement and enhanced user comfort as the first phase. 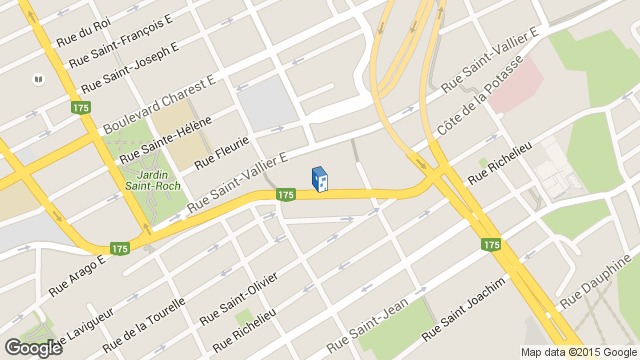 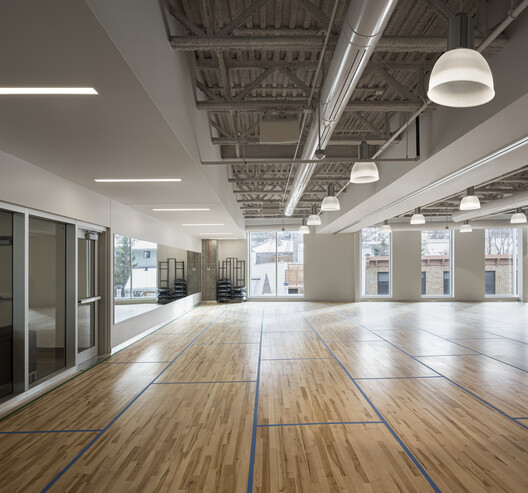