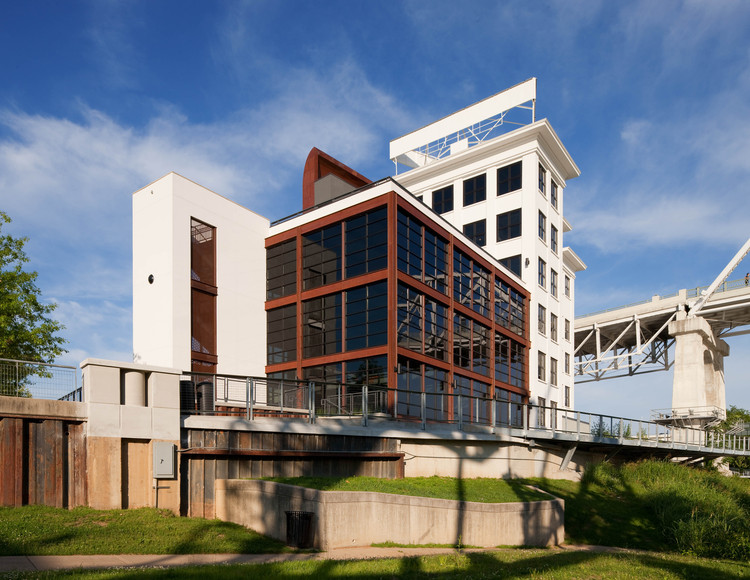 The restoration and addition to the NABRICO building serves as the beacon for revitalization of the Cumberland River’s East Bank in downtown Nashville.

In 1908, on the east bank of downtown Nashville’s Cumberland River, Arthur Dyer erected a 6 story 5,000sf office building for his newly founded Nashville Bridge Company. This would be the first of many structures to be built for what would become known as NABRICO. Much later, construction of Nashville’s new NFL stadium in the mid-1990’s required the demolition of virtually all of the East Bank’s industrial facilities. The only structure that was spared was the original 1908 NABRICO building along with two additions constructed in 1923 and 1965.

Now, as part of the greater Riverfront Redevelopment initiative, NABRICO has been renovated for use in the 21st Century.  This initial phase primarily focused on bringing modern-day infrastructure and life safety features to the structure as well as adding ground floor amenities for the adjacent water park such as public restrooms, concessions and a park office.

The design concept has two very deliberate components: 1) restore the architecture of the original two structures and (2) through the new core addition necessitated by unusually small floor-plates, provide a symbolic icon recalling the lost heritage of the site.

The NABRICO company was focused for most if its history on the construction of barges. Therefore, by referencing the planer quality and materiality of the hull of a barge, the addition is formed and sheathed in a way that acknowledges the site’s heritage. With sculptural, bold language befitting a public space, the intervention creates a landmark and offers a backdrop for public dialogue.

The original concrete frame office building was built in 1908 and connected to the adjacent bridge via walkway.  By 1965, the industrial complex had grown to take up the entire 5 acre site.  The majority of the complex was cleared in the 1990s to make way for the new NFL stadium.  All that remained was the original headquarters, flanked by an addition from 1923 to the south and 1965 to the north.

The primary programmatic challenge was to introduce two new stairs, an elevator and accessible restrooms while maintaining maximum leasable square footage and respecting the historic character of the original structures.

Core location studies revealed that placing the program within the historic building would absorb too much leasable area.  However, placing these core elements against the façade would be an insensitive response to the historic detail of the existing building.

By bringing the core element alongside the historic structure, but delicately connecting back with a glass enclosed lobby, maximum leasable area is maintained and the integrity of the original architecture is preserved.

This solution resolves as a metaphor for the symbiotic relationship found between a barge and tow boat, both historically manufactured at this site.

Located at the intersection of multiple circulation paths, the site plan seeks to provide a point of reference while maintaining the flow of pedestrians through the park and over the river towards downtown.

The area immediately around the building has been arranged into a series of plazas.  The plazas vary in size and view, allowing for the focused gathering of large groups or more intimate vistas across the river into the city.

Seeking to recognize the industrial heritage of the East Bank, the design incorporates materials and forms associated with the shipbuilding that had taken place on the site.

This solution also provided an opportunity to create a sculptural and monumental solution that would befit the project’s location within an urban park. 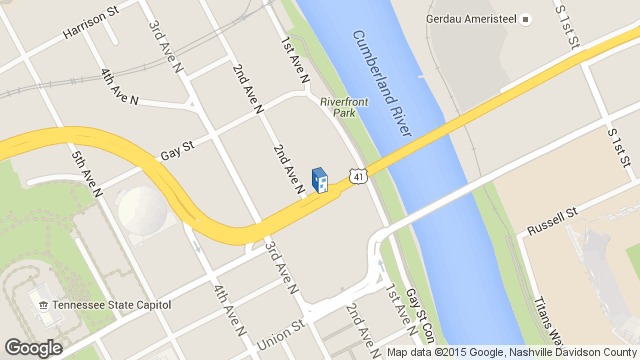