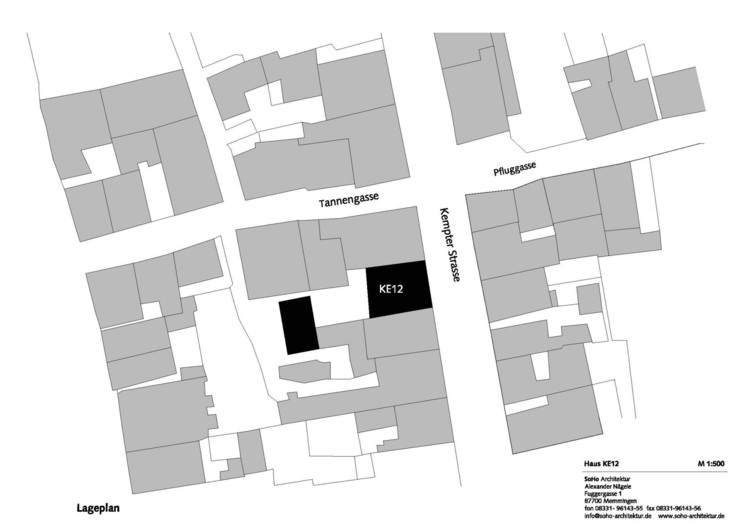 Located in the southern parts of the historic centre of Memmingen, Soho Architects built a townhouse with two housing units. Designed as a “three-window house” its appearance towards the street space represents the typical image of a townhouse. The conture of the mansard roof, the structural level and the footprint of the former building were adopted and adapted to today´s requirements. A punctuated facade including a backfill of the gable per floor, interprets in a pure way historical themes of decoration and form design.

Each unit has its own access from the Kempter street and each one leeds through four storeys from the ground floor to the attic storey.

The arrangement of dogleg stairs in the centre of the building enables via a access zone to tie the two units both to the public Kempter street and to the privat yard in the west. From the second floor on the rooms additionally orientate themselves towards northside and respectively southside.

Like this a multifaceted and flexibly usable living environment with garden, balkony and roof terrace is generated which offers many amenities of living on the country side but in the middle of the city. 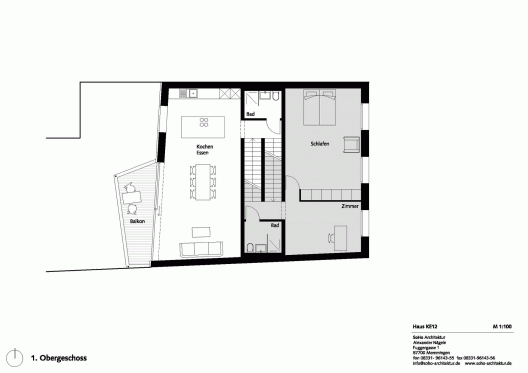