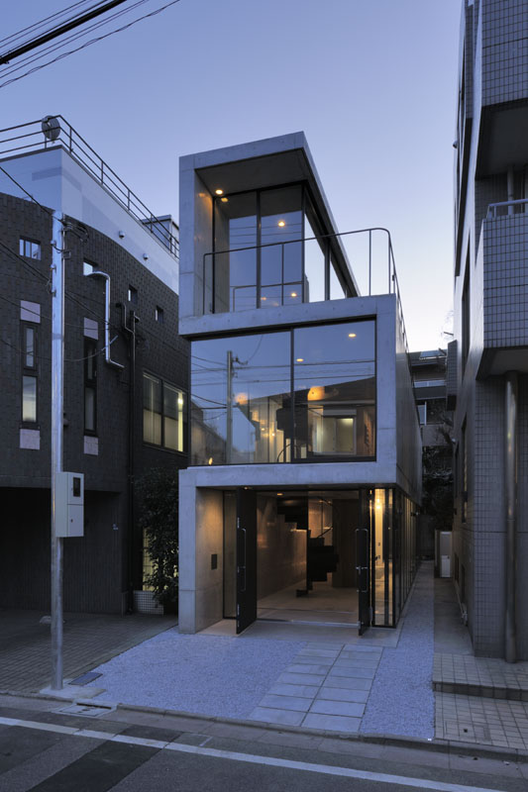 Text description provided by the architects. Not only in the context of a culture so based on the transitoriness of nature, being able to live with the seasons in the middle of today’s Tokyo is true luxury.

The site for this private residence is an urban gap left over from relentless subdivisioning, a 22m deep yet only 4.7m wide strip perched between built masses in central Tokyo. When the brief asked for a wide open living space where breathing within the confines of the city was possible, we proposed an architecture of the exterior that claims the space around it by extending beyond its limits.

Moving through the building reveals strikingly different atmospheres along the three levels’ alternating orientations. As there are no partitioned rooms, the sites’ unusual depth is felt and emphasised on each level. Soft fabrics countering the hardness of the concrete add layers of ambiguous spatial nuances.

The House in Takadanobaba is a departure from understanding housing as enclosing: The urban exterior continues in an open fold of fluidly interconnected spaces for living in the interior of the exterior.

The conceptual openness is achieved by dissolving structural rigidity into a liberating play of alternating pin connections. The floor-wall-ceiling folds become a structurally continuous shell that is held both apart and together by a few incredibly fine steel columns: 80mm diameter on the first and second, 60mm on the third floor. Lateral torsion by seismic forces is countered by the structural composition’s using the building’s length of 18 metres.

In redefining inside and outside, a field of folds might create pervious continuities in a city of gaps freeing us from the suffocating massiveness of our urban environments. 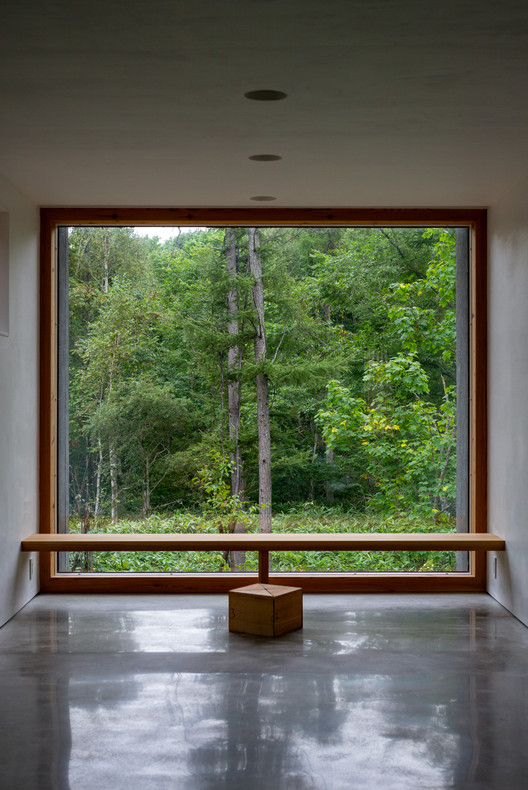