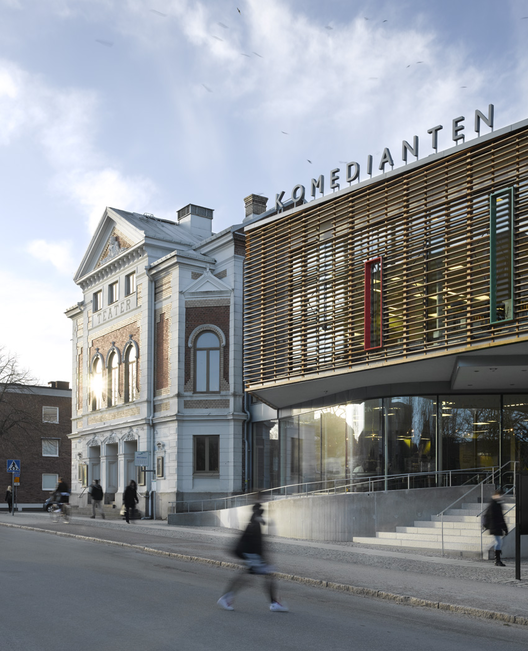 Text description provided by the architects. Beside a 19th century theatre, a library was built in the 80’s, with a rational concrete modular system trying to mimic the theatre’s facade semantics. The library grew old quickly and by the turn of the new century it was outdated. A competition was arranged to build a cultural centre that would comprise the old theatre. The winning proposal by Lars Gauffin and Mariano Tellechea at Nyréns Arkitektkontor, keeps the concrete facade from the 80’s as a time document and adds a third layer with its own contemporary language, bringing all the parts into a dynamic composition and thus showing the programmatic diversity inside the building.

The new plan is a lightweight construction that takes advantage of the existing structure. The new facade hangs out with its own lighter structure.

The new cultural centre comprises three libraries, an art gallery, municipal information services, children’s theatre and story room and a coffee shop besides the existing theatre. The entrance ramp leads visitors to the heart of the building where all the activities can be directly reached. The whole building is meant to be an active part of Varberg’s social life, a place to meet. 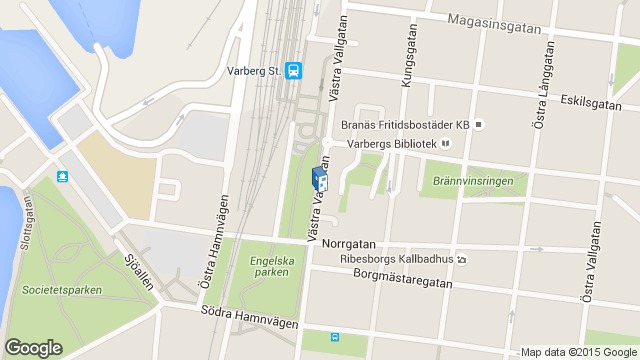