Text description provided by the architects. The building of 42 social housing is situated on a triangular-shaped plot in the new district of Barajas, plot that results from the intersection between the diagonal street at south-western edge of the new urban extension and the orthogonal grid characteristic of this urban planning. This intersection generates half-surfaced plots that are located in edge position.

Although L solutions were possible, the project proposes a single linear piece parallel to the main access road, freeing up as much space as possible for the back garden.

The building seeks to take advantage of this boundary situation, and reflect somehow that transitional character with a "double" approach where all dwellings have the same benefits: double cross ventilation -opposite facades-, double orientation -to northeast and southwest-, double view -to the main street and the back garden-, double character in the end.

This dichotomous approach is emphasized from the configuration of the housing cell, with a clear program statement according to two types of facades. On the one hand, behind the facade to the street the daytime areas are located, with large windows protected by cantilever slabs for solar protection in summer, and a system of booklet opening shutters. On the other, the night time areas are faced to the back garden with smaller vertical windows, where the facade translates different dwelling types in a mixed picture of incoming and outgoing volumes.

The garage is partially buried, and intends to emphasize its character as a kind of main reception place in this type of urban planning, enjoying daylight and cross ventilation through three large holes which connect it again with both situations, the public street and the private garden. 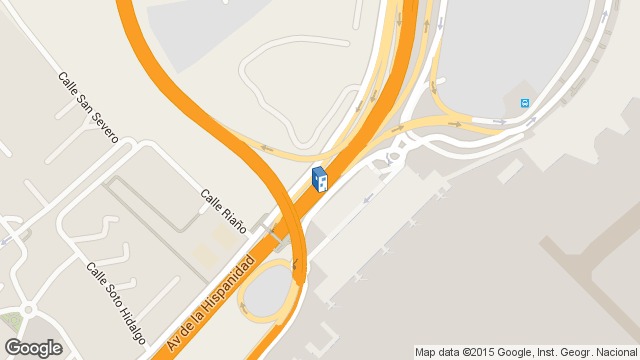