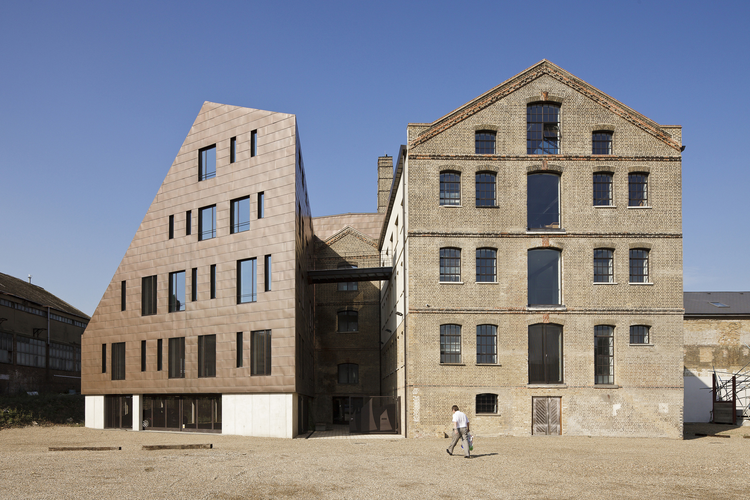 Text description provided by the architects. The refurbished Granary, with its bronze-clad extension, has been designed as the headquarters for developer/ contractor Rooff.

Located in the Roding Valley/Abbey Road Riverside Conservation Area by the River Roding in Barking, the locally listed Granary building had been derelict and unoccupied for some considerable time and was in urgent need of comprehensive restoration to bring it back into use.

The Granary has been sensitively restored, with all new interventions respecting the original fabric of the building. All lean-to later extensions, internal partitions and non-original secondary structures have been removed and blocked-up windows opened again.

The new extension takes its cue from the strong gabled form of the original building. Clad in striking bronze panels, the new accommodation is attached to the existing via the vertical circulation core and a high level bridge link. A new atrium garden makes previously obscured elevations visible again.

The new complex also forms the setting for a new public square as part of the regeneration of the area as a new quarter for the creative industries. 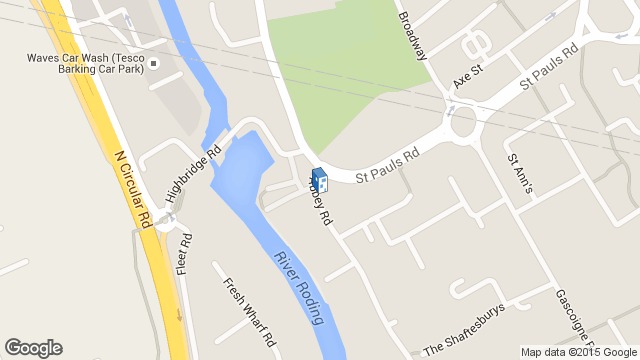