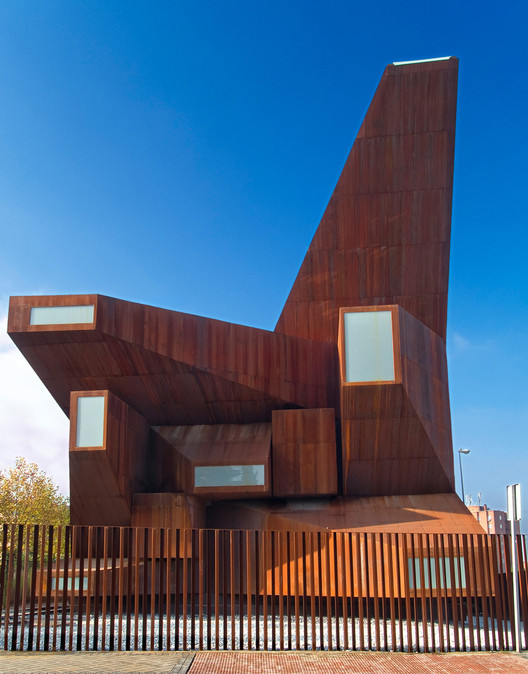 "The project whose is already completed is the third proposal. The first two were rejected and it's a shame. I think that they were much more interesting, at least from the point of view of adherence to the liturgical rules of Vatican II."

Following the guidance of the Diocesan Council of Temples and the program of requirements provided by the same and later adjusted to the needs of the Parish of Santa Monica, the building design integrates in one building all the spaces that correspond to Church, Parish offices and priest housing.

The generating idea of the project was that of situating, within the confusion of the surrounding urban environment, a building that would mark a milestone and become a continuos testimony to the spiritual function produced in its interior, and which must necessarily spread and manifest itself permanently to the nearby social and urban medium.

The intention to unify had priority in the conception of the building, that is long and narrow, curved to fit the road along its westerly aspect and cut off abruptly at the north-easterly face. Described by the architect as "an explosion, frozen in an instant after detonation", the sculptural protuberances at the north end seem to jostle for the light, and almost resemble a hand pointing heavenwards.

The complex is made up of two independent buildings: one houses the church, strictly speaking, and the daily chapel, in a structure with large steel porticos, while a second block with a structure of reinforced concrete accomodates the housing and parochial rooms. Both are tied together by a continuous corten stell skin which, as a whole, creates a piece that gives an image of great unity and rotundity.

The northern and southern façades are symmetrical except in the building of parochial spaces, where on the northen face the steel skin curves to form the main access to the nave.

At the foot of the nave is located the High Chore, which can be accessed directly from the nave by a stairwell and has a seating capacity of 77 and a common lightning system with that of the rest of the nave. The most public and daily zones turn towards the Avenida de la Integración, while the bedrooms face the interior street. 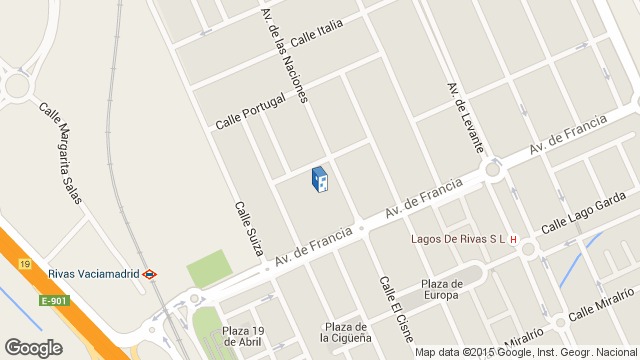 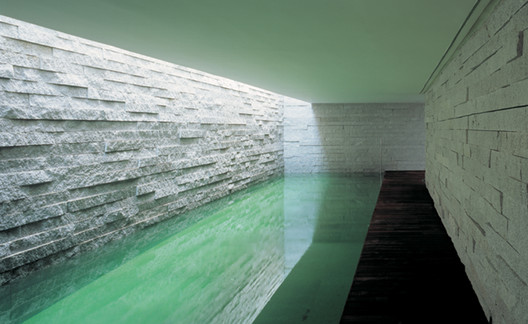