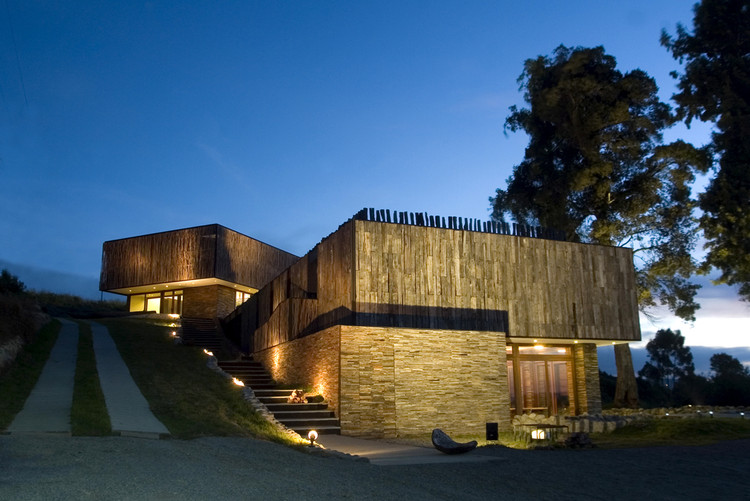 Text description provided by the architects. Young chilean architect Harald Opitz shared with us this impressive hotel located in the deep chilean south, that uses local wood for its skin, made in part of sticks.

The arrebol hotel is placed on the south-east border of Llanquihue lake, in the city of Puerto Varas. It is located in a 14.000 mt2 of forest area, with native trees, lagoons and four centenary trees. Also, this area, is completely irregular, because of the shrubbery, ravines and little rivers. By the other hand, the entire hotel looks to the city and the lake.

The hotel is built on the border of the superior area of the forest. In front of, this you can find a big slope and also the best view of the city, lake and horizon. There you can see too, the four trees that inspired the arquitecture and distribution of the volumes of the hotel.

The project of the hotel, was developed under two fundamental decisions, the first one was getting a rural way located on the superior border of the area (which was used for carrying wood by the owners of the area). This decision allowed the release of the forest and the creation of the project 10 mt before the slope. The second decision was to develop the volumes of the hotel on this rural way and locating the views to the city and the lake.

The bulding is composed by two volumes, a private one and a public one. The private volume, is located on the top of the area, and has two floors with guest rooms and a entrance hall that is projected out in a panoramic terrace. The public volume is connected to the private one by the entrance hall, and it contains the hotel bar and restaurant and the meeting room.

The hotel is built, by two principal materials, steel and reinforced concrete. For isolating noises, the constructive mechanism used, was a double wall with aerated concrete. Then, the slabs were constructed with composite slab and the finishing of the pave is made by Polished concrete. Another constructive details are the windows, because these are made of Raulí (native tree), but the most innovative detail is the heating that works with geo thermic energy.

The project recognize the elements of the region and they are incorporated to the hotel design. That's why you may see a wooden panelling outside and inside the building. To cover the inside and the outside of the building, they were used alerce (native tree) fences, they were cut like little bricks of 30x3cm, and they were put together. The idea of this paneling was, to let get older the wood and watch how the weather affects them.

To create the external fence, they were used native woods. This fence begins on the first floor terrace and ends forming a terrace that is the continuation of the entrance hall.

By the south side of the building, and for covering it, they were used native sticks. These ones were picked in the surrounding areas to the hotel and they were put together by craftsman. So, this paneling was inspired on the Chiloé fences. 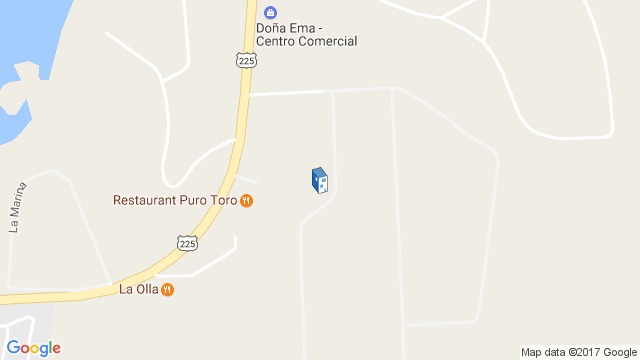