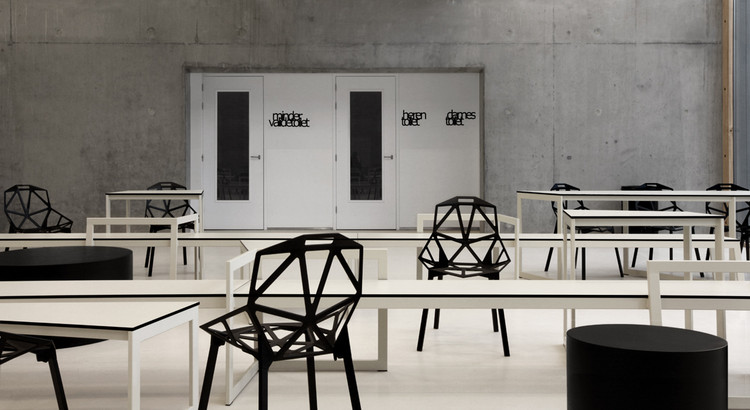 ‘Gossip about me, but don't tell them the truth

Make them believe something bigger'

In the design for the new accommodations of public school Panta Rhei in Amstelveen (NL) there is a lot of attention on the balance between freedom and a sense of security. Snelder Architecten realised a building with many open multifunctional spaces where students can make themselves familiar with the teaching material. The interior design by i29 links up with that perfectly and gives the spaces an identity that connects with the students' environment and addresses them directly and personally. i29 let itself be inspired by the name of the school. Panta Rhei, meaning ‘everything flows', ‘everything is in motion'. This led to a design that leaves space for the imagination of the users, offering elements that can be used flexibly, which also propagates the school's identity.

Throughout the entire school poems have been applied to the linoleum floors and the furniture. The thought behind this is that there are moments outside of the classroom when you can learn and gain insights: often a casual setting is very inspiring. Maybe these poems provide a different perspective in an unguarded moment. i29 commissioned the poet Erikjan Harmens for this. He worked out themes like insecurity and friendship together with the students. The open texts leave room for their own interpretation. i29 modelled the poems in ‘carpets of text' in which the letters stick together and seem to flow from each other. From a distance the texts form intriguing graphic patterns. This imagery has been implemented by i29 in the new school logo, the facade and the signposting throughout the school. The furniture, which was made to measure, is informal and dynamic. Because work takes place both in groups and individually, i29 itself designed tables in asymmetrical, angular shapes. These shapes allow the furniture to be linked together in all kinds of ways and different configurations can be made, such as square, circular or star-shaped set-up. This means the pieces can be used in the general spaces as well as in the classrooms and staff rooms.

i29: ‘We think in structures and rhythms and not in taste or style. You can look at it as music which deals with harmony and contrast. One tone is not unconnected to the next and silence is essential.' i29 has realized a spatial composition which has been carried out without compromise. Over the neutral basis of tables and benches there is a fine fabric of black elements; consisting of the poems, the hassocks and the Magis One-chairs. The furniture is strong and robust, but does not look bulky, rather refined. Remarkable in this context is the choice of the Grcic chair. It matches well here because of its technical aura and it urges you to think about the design and production process. It is a vocational school after all. Just because this is not a university, does not mean you do not have to challenge the students.

There is a field of tension between the free, blank character of the open spaces and the personal, almost emotional nature of the poems. Both have been carried to great lengths; in the sense that the spaces are very aloof and quiet, but the text carpets speak to the children in a direct and personal way. 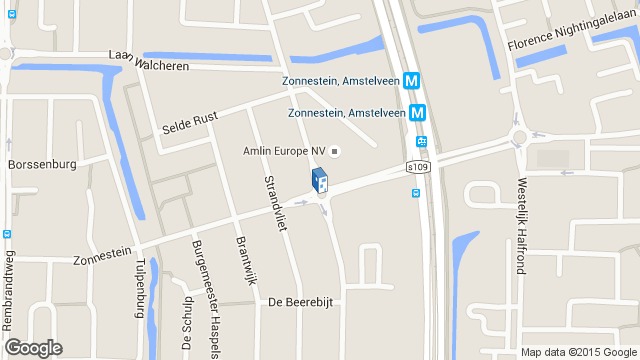 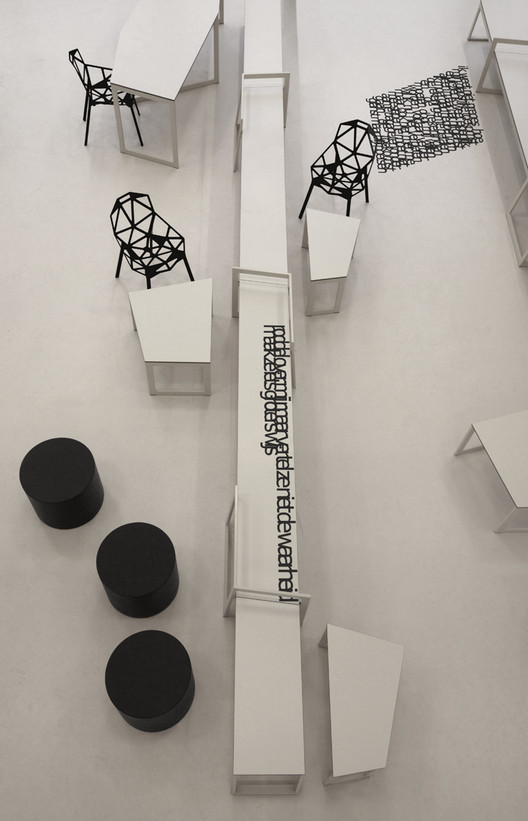 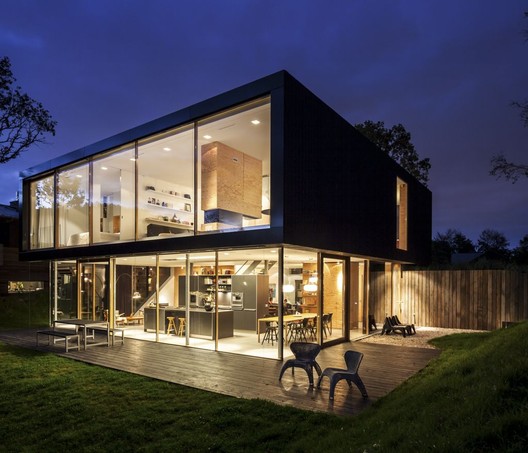