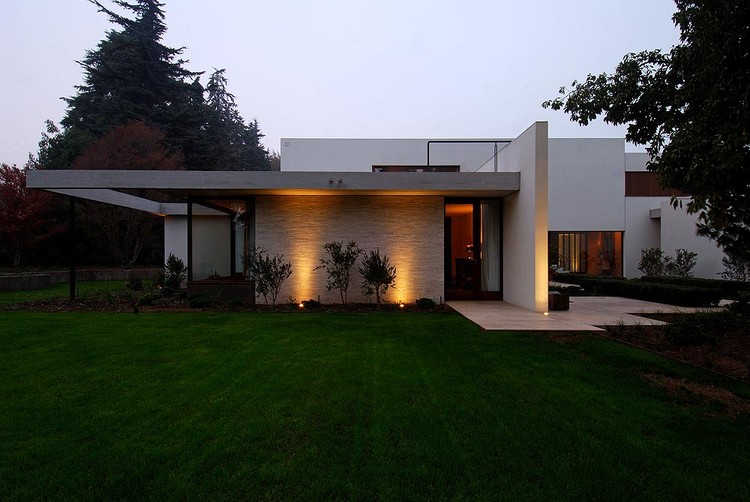 Text description provided by the architects. This is a residence for a family who looks for a more extensive terrain and ampler spaces, without leaving the traditional neighborhood where it has lived for almost 30 years. Located on the east side of Santiago, the main characteristics of the neighborhood are the presence of old growth trees and huge lots with houses that have a limited relation with the street.

Eliminating an old building and respecting the native trees with major presence and landscaping value on the site, the spaces are organized on an "H" form plant with a second level over the central wing, following the same space relation pattern of the house that the family left. This "H" form space distribution adapts well to the site form without touching the trees and creating different patios that harness their presence from the interior.

The interior spaces are organized around a native tree (Cryptocaria alba) that accompanies the access from the south. Through the hall, the presence of an enormous avocado tree (Persea americana) is framed towards the north, and a private wing towards the east is delimited by an old macrocarpa cypress (Cupressus macrocarpa) and some crape myrtles. Over the central wing, a second private level extends in all of its length, leaving on one end a terrace at the height of the tree's crowns. On the west wing, the public spaces open towards the northern garden through a porch, and the service areas direct their view towards an ashleaf maple (Acer negundo). The wing of services extends towards the south by means of a roof with an opening that surrounds a native Crinodendron patagua that separates the closed garage from the rest of the house.

The swimming pool is located towards the west on the site´s lowest point, where the ground drop helps to conform one of its borders, articulating its presence to the rest of the garden.

The house is preceded by an extensive paved esplanade that, being requested as an open visitor's parking area, prolongs the approach of the visitor towards the main access where the Cryptocaria alba gains a major presence. 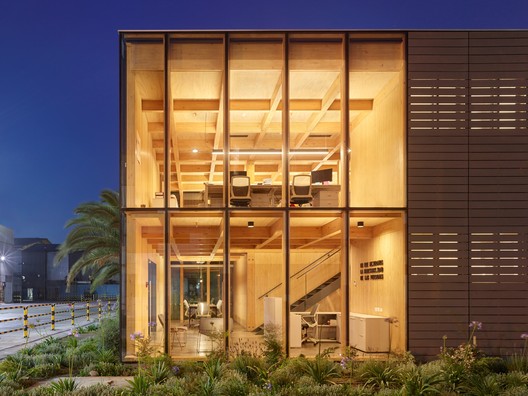 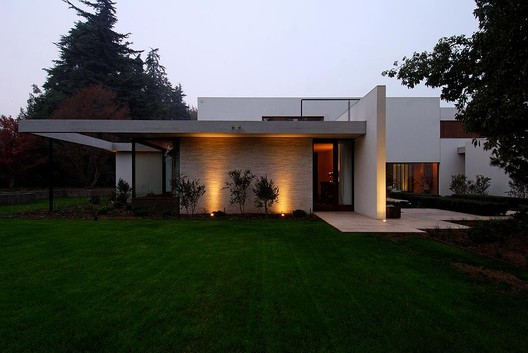