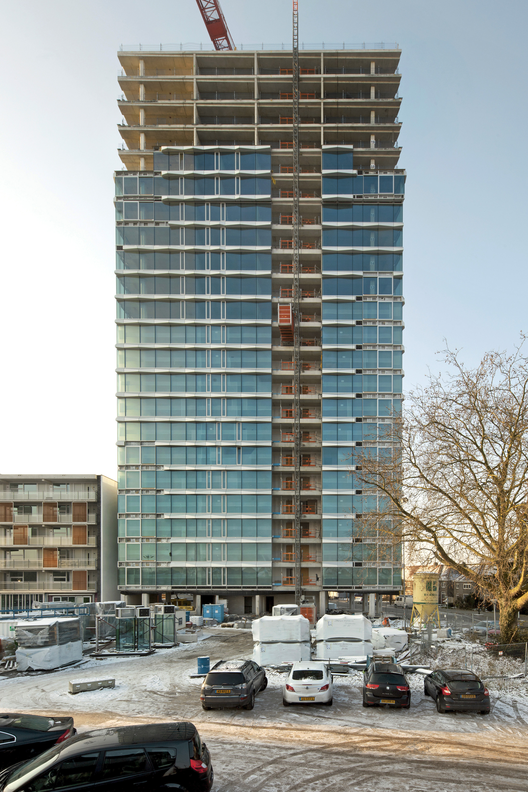 The project is located in the Stadium Quarter, an area next to the Phillips Stadium in Eindhoven. It is an integral part of the Stripe S urban plan drawn up by landscape firm West 8.

The original brief for the area includes the E’ Tower, Block E and a slender end piece of the adjacent Block J – all apartment buildings in this emerging district. A gap between the E’ Tower and Block J will give form to the area’s entrance while also providing an outdoor space adjacent to the tower for use by its inhabitants.

With a program of simple apartments, the project deals mainly with the horizontal stacking of slabs from which projects a series of specifically shaped brises-soleil, creating a constant play of shadow on the façade, itself composed of a semi-structural glazing of sliding panels. Some apartments have an internal conservatory, serving as a bal- cony during summer, and an extra room during cooler months. All other apartments have their own private balcony. 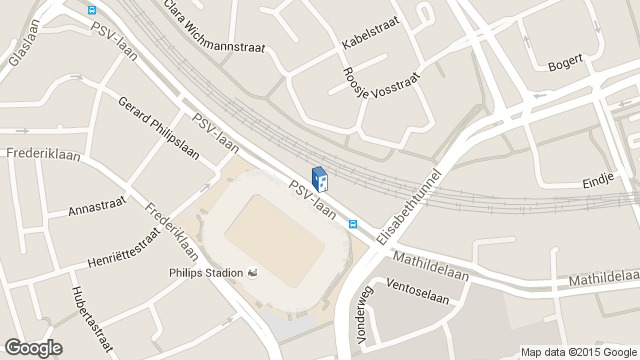