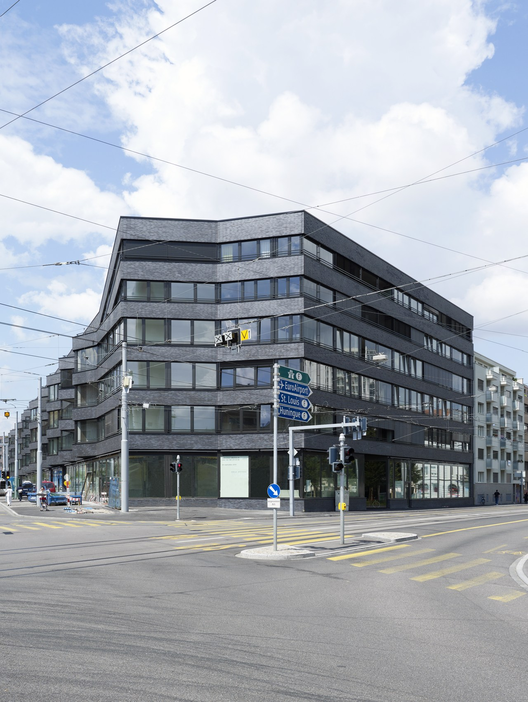 Text description provided by the architects. The VoltaMitte housing and commercial building closes the triangular block between Voltaplatz and Lothringerplatz in the North of Basel, where the urban residential area merges into the industrial zone. The building is part of an urban refurbishment and redevelopment scheme, following the construction of the subterranean highway which connects Germany, Switzerland and France and it is situated in direct neighbourhood to the Novartis campus.

The building has been planned and designed as a large house whose length is structured by its receding and protruding façade. Due to its North-South-orientation it also offers new prospects to the Eastern-Western axis.

On the interior the building’s distortion creates asymmetrical floor plans. The specific quality of the apartments is effected by the varying depth of the building and by its diversified room situations. In the centre of each flat lies a spacious room that connects the street side and the courtyard side with each other and thus creates manifold views and relations to the exterior.

The street-level floor, which accommodates shops and institutions for the neighbourhood, is perforated by generous passages and allows insights from the boulevard to the leafy patio. Basel, Switzerland, Housing and Commercial Building 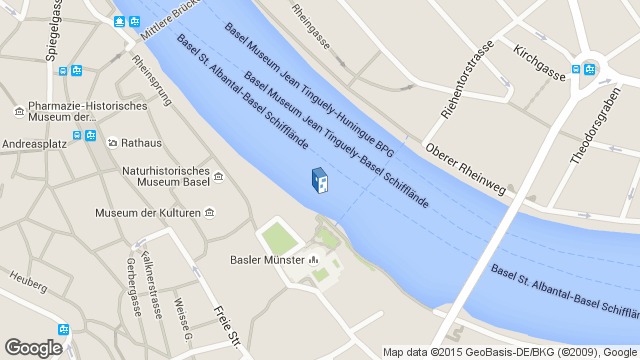