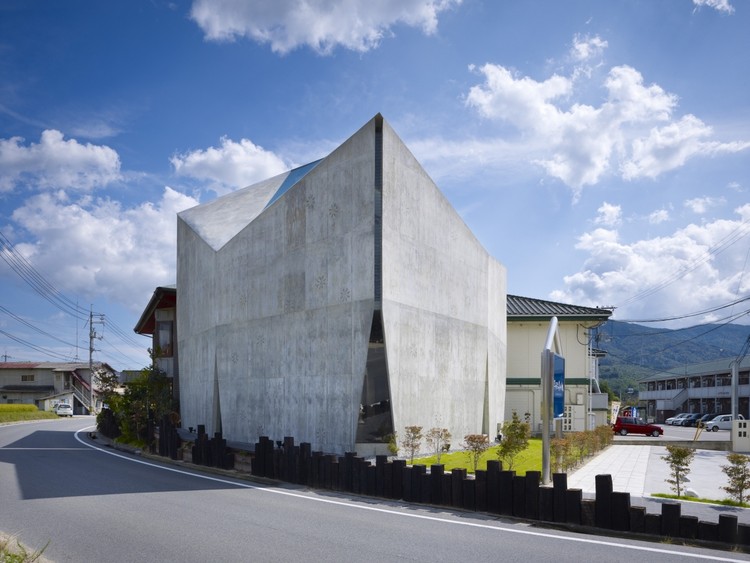 1a. How did you obtain this project? Who is the client and what did he ask you?

The name of the client is Mr. Kanji KATO who owns a dental clinic in Higashi Hiroshima city and studies Japanese-style painting as a hobby. His teacher is Mr. Kakudo GOAMI, a Japanese-style painter and a honorary president of Hiroshima Japanese-style painting Association, who has received numerous awards. Mr. KATO had been planning a museum of Kakudo GOAMI with the hope of exhibiting the works of Mr. GOAMI to a greater public. Mr. KATO had seen my project, FLAT FORM, a commercial complex built several years ago, and considered that I was a optimal candidate for the architect of the museum.

1b. Is it a private museum or open to everybody? What exactly is on show inside?

This is a museum funded and owned personally by Mr. KATO, but anyone can come and see. All the works exhibited there are those of Mr. Kakudo GOAMI, owned either by the artist himself or Mr. KATO, thus, many of which had not been exhibited in public museums.

2a. Please tell about the design proces. How did you come to this final shape?

The works of Mr. GOAMI give striking image of various lights, thus, I decided to design the building focusing on natural light.  Soft diffused light from top light, direct light pouring  from top light through white cylinder for condensation of light spreading on the first floor, soft light from slits on the walls reflecting on the exterior green, fragments of graphical lights pouring through 432 plate glasses on the concrete walls; the space is filled with various kinds of lights.  As an exhibition space, there was no need for structure such as columns and beams but as large wall as possible.  The important factor of the museum was to incorporate natural light and wind, so corners are sliced with slits to the extent which would not interfere the exhibit.  This idea would have left the building structurally fragile, so we studied a rational shape, which was structurally stable like folding one sheet of paper, origami, many time to make several corners, with models and three-dimensional structure analysis by computer.

2b. What is the relation between the museumbuilding and its surroundings? What kind of neighbourhood is this museum standing?

The site is found in a calm and peaceful rural scene, where it became completely dark at night with no streetlights.  This building is automatically lit up when it becomes dark, softly casting light to the surrounding.  It became a landmark of the area.

3. What is the relation between the object on display (Japanese-style painting) and the architectural space?

Please refer to the response of 2a.

4. What makes this museum different from a regular museum?

5. What impression do you hope the visitors obtain after visiting the building?

I would like the visitors to feel, with their entire bodies, through this building, atmosphere of profundity and gentleness created by the paintings of Mr. Kakudo GOAMI, which is based on noble spirit of Orient in the changes of four seasons unique in Japan. 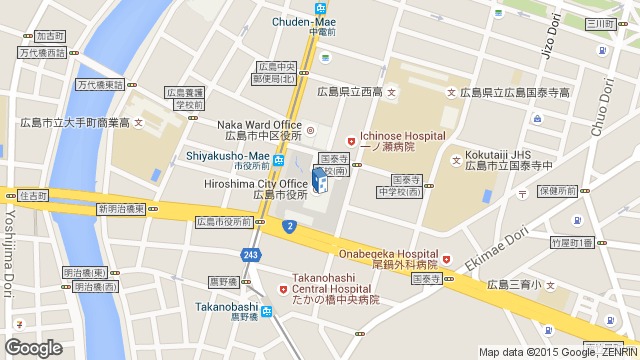 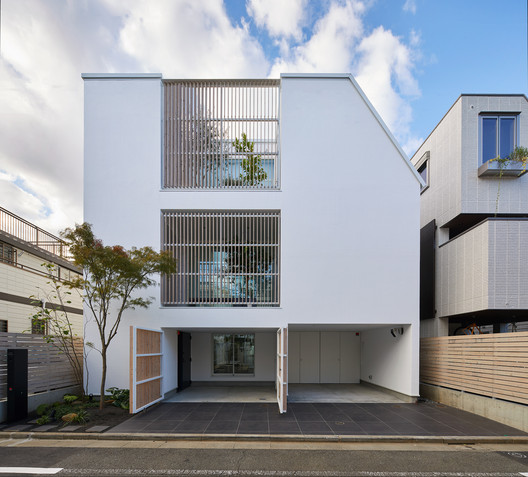