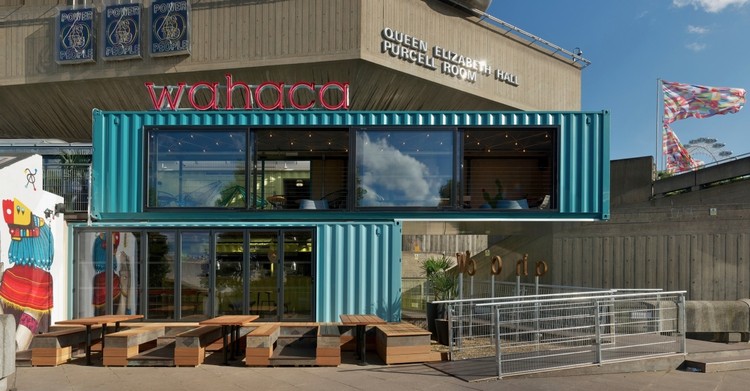 The Wahaca Southbank Experiment is a new two-storey temporary restaurant installation, constructed from eight recycled shipping containers that have been ‘washed up’ on to the outdoor terrace of the Queen Elizabeth Hall at the Southbank Centre this summer.

We developed the idea for using the shipping containers not only to remind visitors to the restaurant of the working history of this part of the river, but also for more practical reasons as their limited height allowed us to be able to fit two floors in to the volume of a single storey space.

Situated against the heavy concrete backdrop of the Queen Elizabeth Hall, each container is painted in one of four vibrant colours ranging from deep turquoise to straw yellow, providing a colourful contrast to the restaurant’s grey surroundings. The colour choices make reference to both the painted facades of typical street scenes in Mexico and the colour compositions often seen in container ships and ports.

One of the top floor containers has been cantilevered out over the restaurants ramped entrance to create a canopy above the ground floor. On the upper level, the effect of this cantilevering heightens views from the upstairs bar out over the river towards Westminster.

Inside the restaurant the front and back containers are connected via a glazed link, which not only houses the stairway connecting the two floors, but also helps to flood the space with natural light. Each of the containers has then been given its own character with a mix of bespoke, new and reclaimed furniture along with distinct lighting designs.

Outside, there is a wide variety of areas in which to sit, from the booth seats, built in to the raised timber deck around the building, to the first floor terrace bar, to the street bar overlooking Queen’s Walk.

Wahaca also commissioned Tristan Manco to curate an on-site series of street art murals around the timber deck seating area. The first piece that coincided with the restaurant opening was produced by renowned street artist Saner, who travelled from Mexico City to undertake the first of several murals that will be on display throughout the restaurant’s lifespan.

With space for 130 diners, the Wahaca Southbank Experiment opened its doors on the 4th of July and will remain open for at least 18 months, providing an exciting and unique dining experience to compliment the Southbank Centre’s Festival of the World which is taking place from June until September. 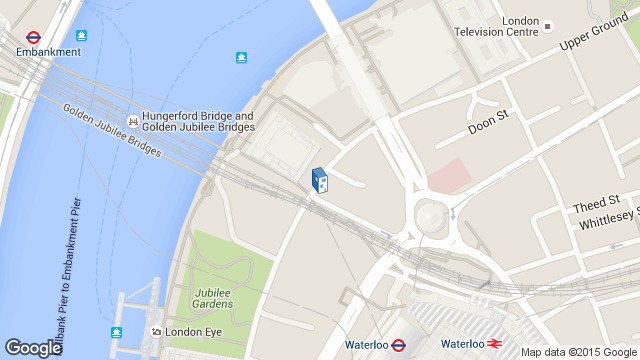 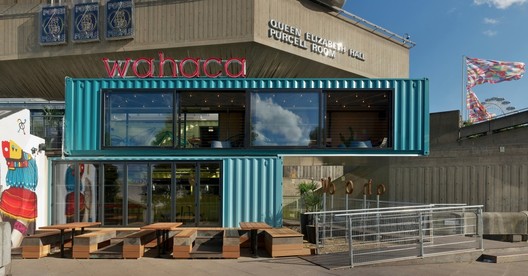