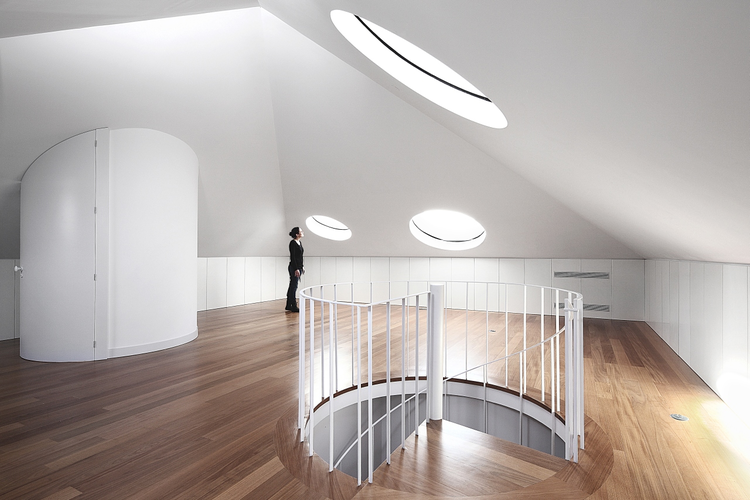 Text description provided by the architects. The House located in Vila de Avintes, from the early 20th Century, was found in an advanced state of degradation, having suffered multiple changes and unplanned additions along the times, threatening to erase its original character.

Presented with this challenge, the selected approach was to reconnect the old with the new, finding a conducting line between both realities. The House original project was found and presented to the new family as the baseline for the new development.

The programme was defined as such: one suite, three bedrooms, toilets, living and dining room, office, laundry, garage and attic. From the garden, play areas were established, alongside a small vegetable garden and a new leisure space.

The House main body was rebuilt through the usage of a rising concrete box set free in the rooftop, delivering unexpected openings to the outside. Six circular skylights were introduced creating organic light entries and mysterious moments.

The connection between the outside of the House and the garden was reinstated, with the main road also rebuilt.

The outside tiles were recovered and kept, and a new outside thermal insulation was introduced under the roof, painted brown. Portuguese traditional materials, such as hydraulic mosaic, wood and plaster were extensively used. 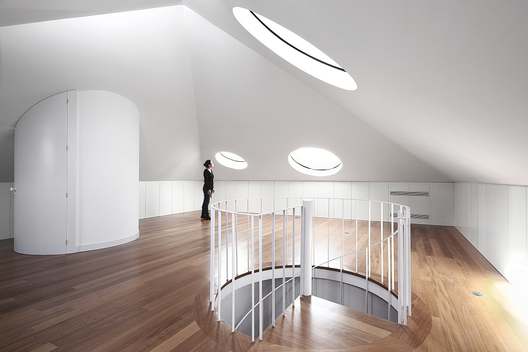 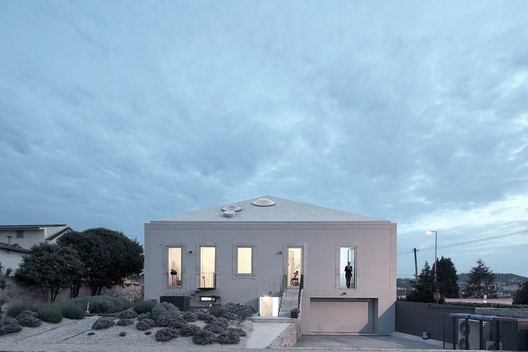