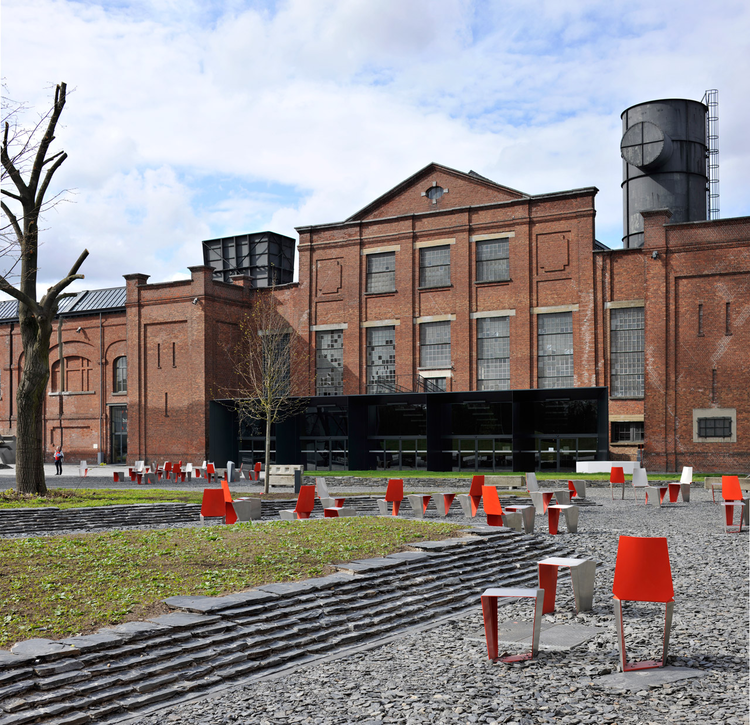 Space for the spectacular!

The C-M!ne square, situated on a former coalmining site, is the central open space of the new cultural centre of Genk. It will become an urban square with a cultural, creative, design and recreational function. Most of the buildings around the square are former mining buildings, renovated and transformed into buildings with a cultural program; a large theatre, a cinema, restaurants and the (newly built) design academy of Genk. The design of the square interacts with the surrounding buildings and will facilitate and create space for all sorts of spectacle. The square makes a spectacular open space; the events and activities planned on the square enhance the square as the cultural heart of Genk.

The need to create opportunities for a wide range of activities on the square results in a “one level surface”. An obstacle-free surface ensures that the square can be used for a wide variety of purposes. Of course, at times of activities and a large numbers of visitors the square will be lively and marvellous. However, it will remain a very special square even when there are fewer visitors, no activities and the surrounding buildings are outside normal opening hours.

The square is paved with black slate slabs of different sizes and laid in an informal pattern. The black slate refers to the “black gold” from the mines and is the same material as the waste material from the mining activities that was placed on the terrins (cairns) around Genk. The paving includes lighting in the surface as well as the possibility for a water surface, the creation of mist just above the surface and removable seating. A great deal of attention is given to the night-time appearance of the square, with lighting illuminating the surrounding façades and the former mining shaft towers. The two shaft towers are both given a function on the square. The Belgian office Nu architectuuratelier designed an attractive route that follows the former mining corridors under the oldest shaft tower and the ruin of the former mining reception building and ends with a fantastic view on top of the youngest and tallest shaft tower.

Special seating furniture was designed for the square by Carmela Bogman industrial design, in cooperation with HOSPER. The ‘single scatter’ street furniture is concentrated in a number of ‘clouds’ on the square, where the chairs and stools are arranged in an informal pattern. Different arrangements are thus possible for people who want to sit close together and for people who prefer to sit further apart, facing one another or with their backs to one another. The chairs and stools, which are made of a folded stainless steel plate, glitter like diamonds against the black surface of the square. The internal and rear surfaces of the furniture are powder-coated in fire-engine red. The red surfaces of some of the chairs are lit from below, thus creating a warm glow around them at night.

C-m!ne is designed to be Genk’s cultural centre, with plenty of room and practically unlimited scope for all kinds of events and activities. One of the main requirements on the seating is therefore that it should be easily removable. To this end, each chair or stool is mounted with the aid of four bolts on a base, which is designed so as to blend into the rest of the surface of the square without leaving any differences in level over which people could trip when the seating has been removed. 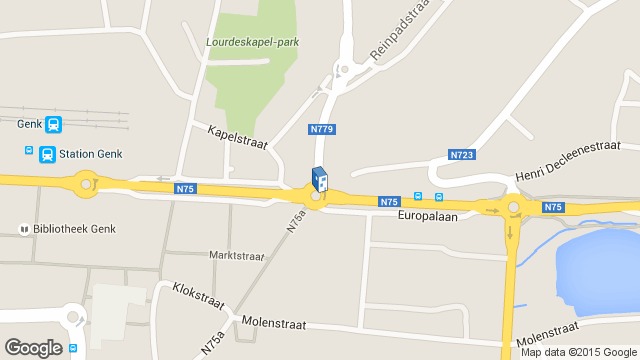 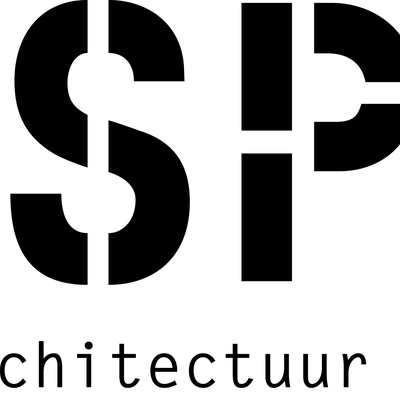