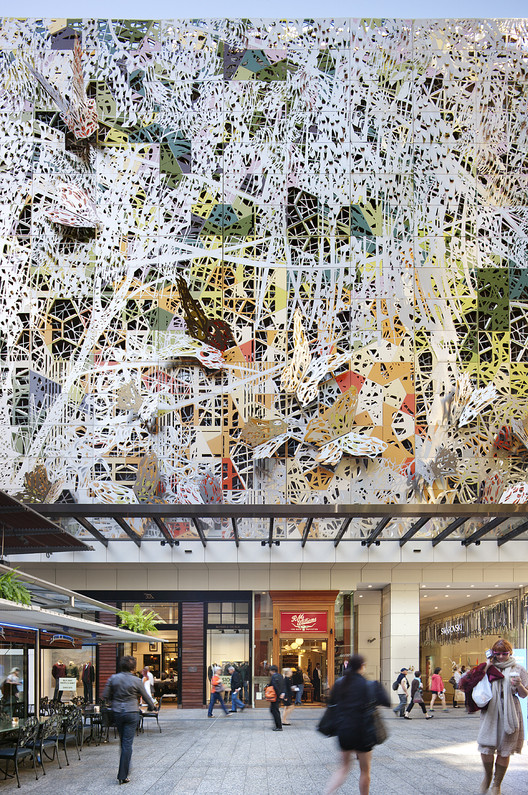 “The Wintergarden Façade is a radically experiential composition, a complex and beautiful study of nature, geometry and layering that communicates the rich diversity of life”

The brief for the new facades to the three street frontages of the Wintergarden Shopping Centre in central Brisbane required the creative application of a coherent identity and architecturally holistic sensibility in order to realise a multitude of intentions – to create an entertaining and engaging retail experience, a lifestyle destination and a 'must-go-to' meeting place and thoroughfare – at the heart of Brisbane's city centre.

Our response to this brief was to build upon the deep cultural collateral and public good will that resides in the site and the name 'Wintergarden' and create a radically experiential composition, a complex and beautiful study of nature, geometry and layering that communicates the rich diversity of life. It is not an 'illustration' of nature nor is it merely an abstract pattern. The depth of engagement with these façades lies within this irresolvable ambiguity.

The main visual 'structure' of the façade is created by the trees that run (beyond) each side of the façade. As with looking into a forest the first glimpse is of a dense complexity that is almost 'barrier-like'. Then on closer inspection gaps appear and substantial depth is read. Details emerge and the rhythmic activity of life and light energises the scene and captivates the imagination.

As the position and strength of the sun changes from day to day and season to season so the folds, cuts and textures of the façade generate new patterns of highlights and shadows, and as night falls the lighting within the façade creates yet another reading. A low resolution integrated lighting system has been created that can change from a snowstorm through to the bursting of spring, into summer and finally into autumn, all within a single night. Rain, sunsets, storms and fireworks are other examples of the system’s expressive capabilities. In short, the façade is similar and different but never the same. As well as being functional the façade is also engaging and entertaining.

Every panel and layer in the 4,000m2 façade has a unique design that is fully expressed through the dynamic, experiential interplay between a considered but expansive palette of colours and a rich language of cutting, scoring, folding and lighting all of which coalesce as a rich, coherent, cultural experience.

Our work on Wintergarden has enriched the studio's knowledge in the fields of screen geometry, cutting, folding and panelising to the point where the most complex elements of design and construction are converted from creative potential and idealism to practical achievability.

Viewed from the street corners at Edward and Elizabeth, and Queen and Edward the new façade clearly establishes Wintergarden as the undisputable 'living heart' of this busy urban thoroughfare. 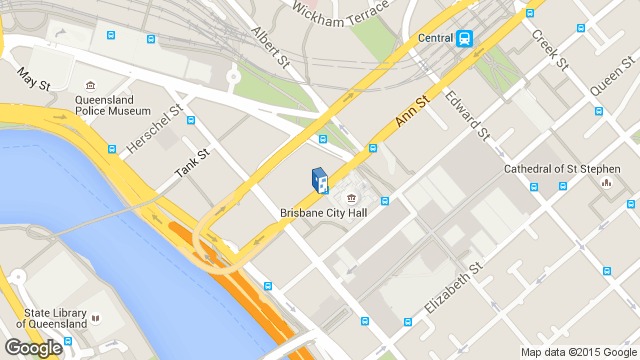 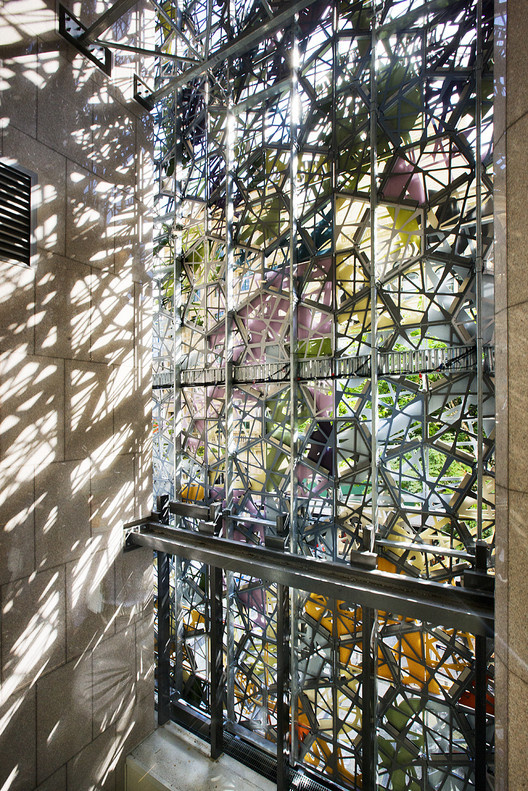