Text description provided by the architects. Since the site was already very tight, the form was simply the shape of the site, stretched to maximum, build-able envelope according to regulation setback. This turn out to be an unexpected opportunity to exploit unique form and space that would be difficult to justify under normal circumstance. The full envelope form was then carved at the front to create a triple height, open-air, arrival hall.

The facade concept was created upon the concept and images of MDF and particle board production process. Pieces of small material coming together to form an image of dynamic, functional surface.

The interior center atrium opens up through all office floors. Staircases were designed as lengthened objects, placed randomly in the middle of the atrium, leaning from one floor to another. Aside from being a composition of objects in space, ones might be reminded of an image of the logging days.

With proper placement of building direction in relation to the actual sun path, the atrium is properly lighted with natural, indirect daylight throughout the day. Only in the late afternoon, some direct sunlight was intentionally planned to penetrate through vertical windows, creating shadow pattern in the atrium. Such image resembled the natural lighting effect in the Forrest at the end go the day.

With the idea to celebrate the corporate philosophy, we suggested to extensively display one of their products as an actual interior finish. The idea was simply to create the effect that would normally be done in the product exhibition room, but expand the effect to fill up the entire atrium space. Selected interior surfaces, such as floors, feature walls, and atrium staircases were finished with Vanachai flooring products, and†concentrate this only in the atrium space to make sure the effect was powerfully and tastefully executed.

The office space was raised all the way up to the bottom of floor slabs. All m&e pipe works, wiring, and air ducts were all exposed. Aside from the obvious more ceiling height, and healthier work environment, this technique also provided a refreshing feeling of modern, raw and industrial look. 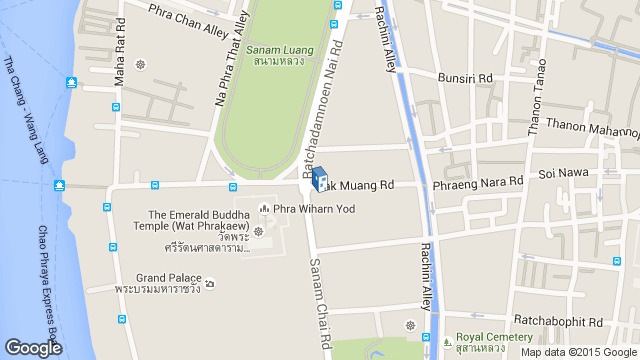 Location to be used only as a reference. It could indicate city/country but not exact address.
Share
Or
Copy
About this office
Openbox Architects
Office
••• 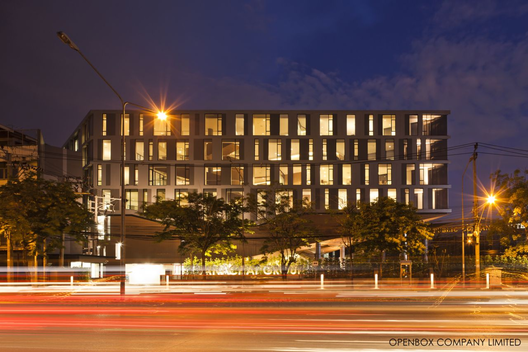