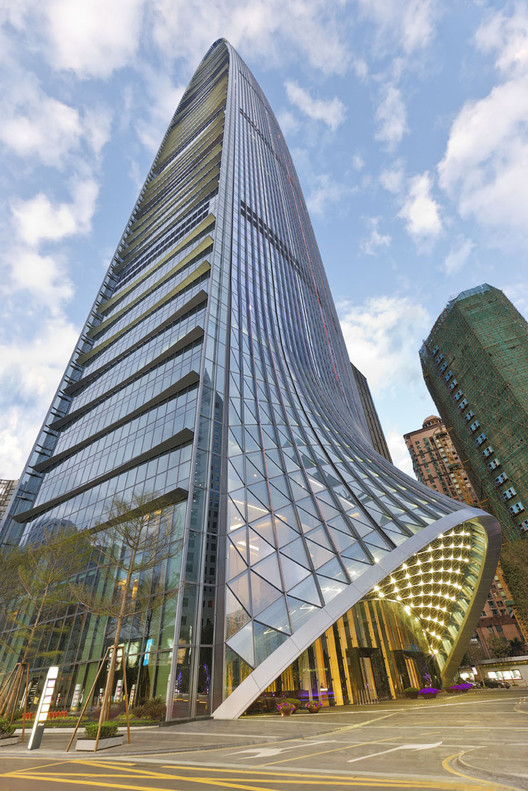 Text description provided by the architects. KK100, the tallest building in the world completed in 2011, is an innovative high density project that takes an entirely new approach to city making. It is situated on the edge of Shenzhen's CBD and sets a new precedent for the successful 21st century transformation of commercial districts into vibrant and enriching environments. The 3.6-hectare site was previously occupied by a dense but low-rise residential quarter, Caiwuwei Village. The developer had the creative vision to form a company with the villagers, initiating an entirely new approach to the art of place-making in Shenzhen.

Existing buildings were run down and living conditions were poor. As part of initiating this transformation, a Joint Development Initiative was formed in which villagers became stakeholders. Each owner was offered a new property as well as a second home which serves as an income generating asset. This meant the preservation of community links that are built over generations. In order to offset the cost of re-provisioning residences for the villagers, the tower had to be exceptionally tall so that the project could be financially viable.

The 100-storey, 441.8-metre tower comprising over 210,000m2 of accommodation is part of the master plan for a 417,000m2 mixed-use development. The development includes five residential buildings and two commercial buildings. The floors of the tower are divided into three major functions. The floors from level 4 to 72 will house 173,000m2 of Grade-A office space while the uppermost levels from 75 to 100 will be occupied by a 35,000m2 6-star St. Regis hotel complete with a cathedral-like glazed sky-garden animated by various activities. One of the design features is the curving building profile. This form alludes to a spring or fountain and is intended to connote the wealth and prosperity of Shenzhen.

The perimeter column arrangement provides each level with an unobstructed working environment and stunning views towards Lizhi and Renmin Park as well as over all Shenzhen and beyond. It does not use the typical square foot print; the East / West façades being more slender and flared slightly so office floor plates are slightly bigger and the South / North façades that face Hong Kong and the Maipo marshes are wider. The slenderness brings certain challenges, most notably the swing or drift ratio and the robustness of the tower and performance of key elements. Instead of putting generators on top of the building, the roof is constituted by a curved smooth glazed curtain wall and steel structure.

As well as providing social and cultural continuity, KK100 is integrated with the metropolitan transport network, which is crucial for a high density project such as this. The connectivity between the various components of the master plan on various levels was critical; the tower is integrated with the podium on various levels while retail and public uses at lower levels are integrated with the Metro system; the residential blocks are linked at the higher levels to create easier neighbourhood accessibility while direct office and hotel connections are also provided for easier movement of people. The Tower serves as a ‘’Mini-city” which provides an amenity-rich focal point back to the community, offering a 24-hour city-life to be better for the environment and human interaction. 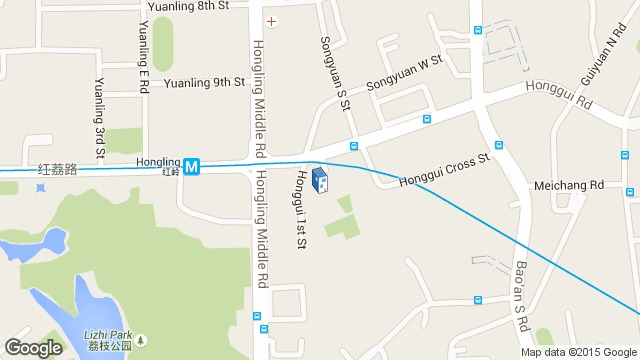 Location to be used only as a reference. It could indicate city/country but not exact address.
Share
Or
Copy
About this office
TFP Farrells
Office
•••