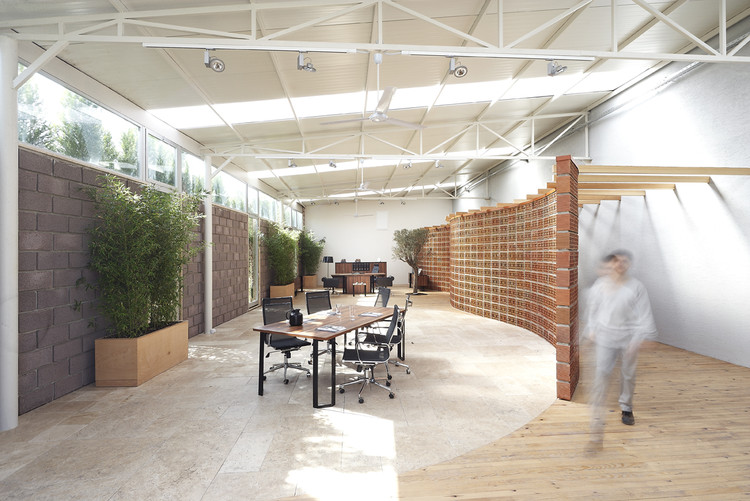 Looking at the design and realization process of the project one can notice that the challenge was to build up the perception of a firm through the ‘atmosphere’ it has and the ‘activities’ it hosts; instead of adopting a design approach which focused only on product display and aimed for a space with only showroom function.

Concept of ‘street’, ‘garden’ and ‘square’ were the key elements of the design. One was entering a luminous hall thanks to the light coming from its roof from a dimly lit existing showroom space. Naturally this was causing one’s eyes to be dazzled. We thought about connecting these two spaces with a buffer zone. In this way one could have entered to the luminous space with ‘slow’ but ‘balanced’ change of light after a curiousity awakening trip in a curvilinear path. This has become the expression of the ‘street’ idea. On one side our street we designed a brick wall in which the holes of the bricks were laid horizontally. This wall, as seen from the holes of the bricks forming it, gave mysterious information about the space lying behind it. Moreover the street was illuminated with the light passing through the holes of the bricks and thus its ground was showing the lacework created by light.

One full façade was facing amazing cypresses. We wanted to make this facade more transparent so that the exterior landscape could integrate with the inner space. Together with the transparency concept; a sculptural olive tree in the space, few bambu’s, ceiling ventilators circulating the air and a parrot reminding the tropical forests became the expression of the ‘garden’ idea.

Last but not least, we realized that the abundant light which the space was receiving and the green plants it was containing made the space look like a greenhouse. This became the inspiration for the name of it, ORFISERA; ‘Orfis’, the name of the firm and ‘Sera’, greenhouse in Turkish. 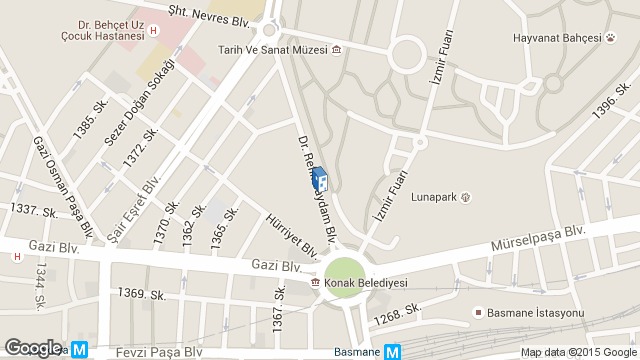 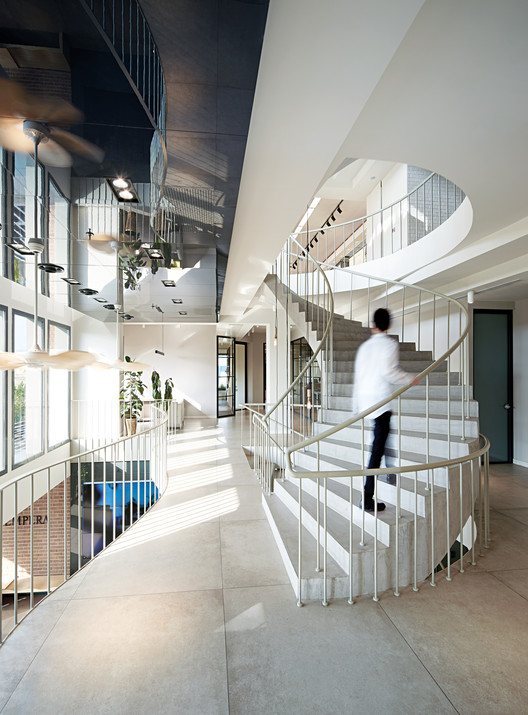