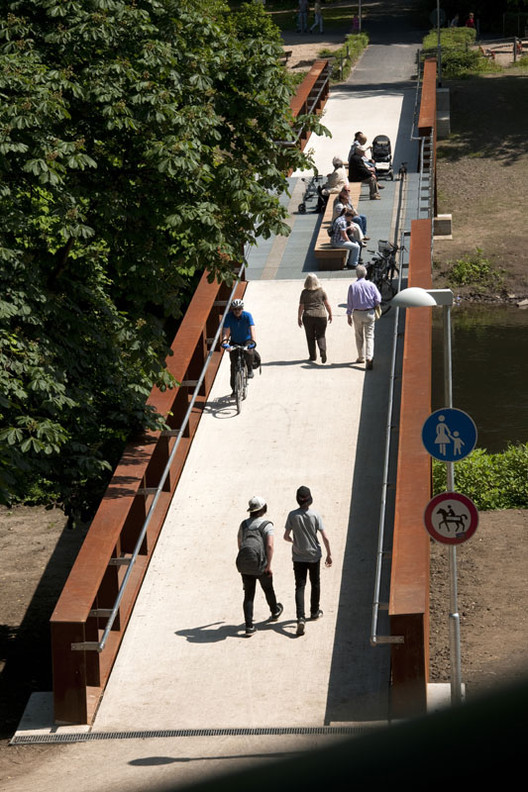 The Ludwig-buck system is a historical park from the 1930s. The recreation area with artificial ponds, bridges, roads and the "Stairway to Heaven" creates a link between the settlement area Frankenberg right of Wuppertal and the Opladener center on the left.

Ecological concerns are vegetation-technical measures, thinning of the slope forest at the Wuppertal slope, improved production of optical axes, redesign and attractiveness of viewpoints and seats, slash-and-cut and the replacement of the poplars at the Wiembachallee by hornbeam.

Like the existing bridge, which will be demolished due to old age, the new bridge is restrained by the greenery of the surroundings. The planners put the green color of nature against the Red of the weather-resistant steel in the massive body of the bridge on both sides of the river.

It is a game of heaviness and lightness, a dialogue of light and dark, thick and thin, of large and small.

The static height of this bar is ideal for sitting on it. Thus, the bridge is not only a traffic building on a river, but also a place to relax with a "park bench".

The middle section just above the Wupper meets the spans of the peripheral fields and results with a clear width of 17 m. The middle and the end cross beams are formed in a closed box shape. The cantilever beams are arranged as a double-T cross-section with frontal head plate.

The height of the box cross-section is graded and extends over the bridge deck up. The surface of the upper flange is formed as a seat surface. The cover is made of hardwood (in tropical woods with FSC - certificate). The bridge deck in the middle of the bridge is formed by self-supporting grids, which rest on the crossbars.

The boundary fields are extremely durable, low maintenance and also very economical. The use of weathering steel is sustainable and characterizes the structure. The detailed plans for use of weather-resistant steels ensure a rapid water runoff. The segmentation prefabrication, combined with a simple installation, ensures a very high manufacturing and construction quality.

The analogy between the proportions of sounds and visible forms has, since the Greeks, not only been theoretical speculation, but a firm belief in a mathematical and harmonic structure of nature. Adapting this idea of harmony to architecture, this design is based on the treatise of the golden ratio, and attempts to test this artistic creed in 2012. 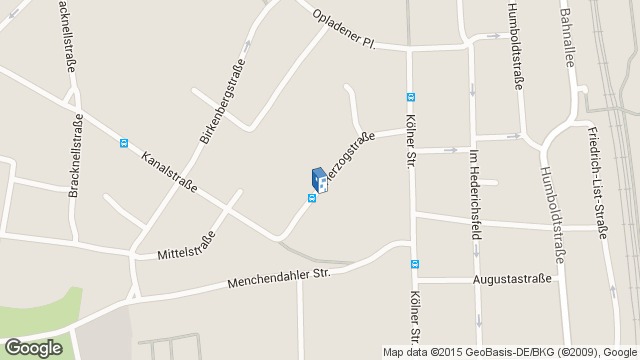