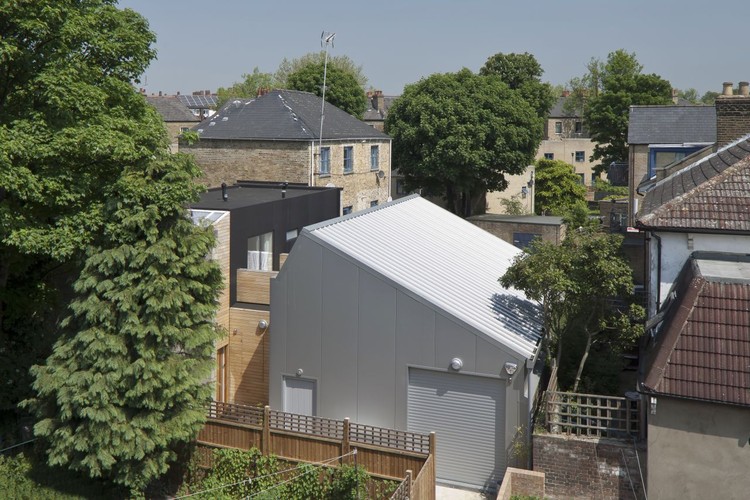 Text description provided by the architects. Our clients had owned and worked on the site for over a decade and wanted to modernise the buildings. However, they wanted to retain the principles of the existing buildings, to create a new and sustainable small community. The proposal was to knock down the existing studio, and rebuild an artist’s studio with better facilities, as well as a separate two bedroom house all within the same footprint.

The concept for the studio is for a shiny metal box, as a domesticated re-interpretation of an industrial shed. The industrial material reflects the working nature of the studio, while this is offset by minimal detailing to give the shell a domestic quality and scale.

The main volume of the house is articulated as a black rubber clad box, tactile and seamless, in sharp contrast to the rambling greenery of the surrounding sites. A wall wraps around this as a separate element, forming rooflights to the hall and stair. Planting in front of this wall will give the appearance of a ’green wall’ almost entirely hiding the house from the view of neighbours.

The house is organised as a series of internalised experiences, that create a private retreat from the bustle of its Hackney Central location. There are few windows, and most daylight and sunlight is received from roof lights and the internal courtyard. This creates an introspective house giving complete privacy for the inhabitants, and preventing any overlooking to neighbouring properties. 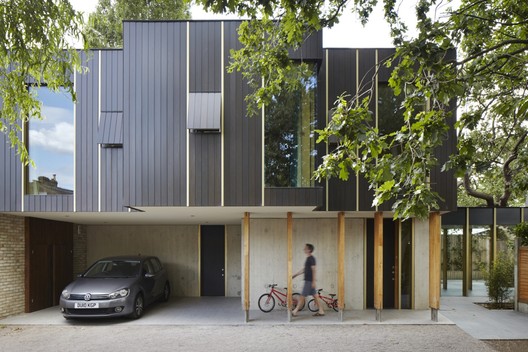