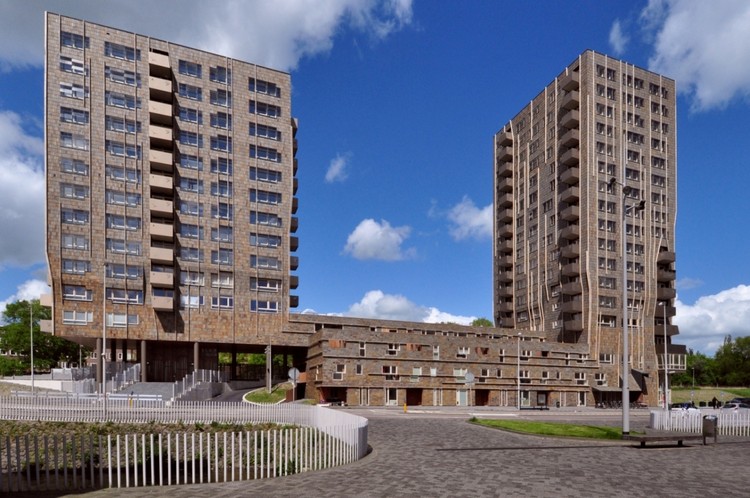 Text description provided by the architects. Within in de urban scheme of KCAP – Kees Christiaanse for the Science Park in Amsterdam, 24H>architecture was commissioned to make a proposal for one of the five housing projects, called ‘the Twins’. The location is situated between the Oosterringdike and the Caroline Mac Gillavrylaan.

24H’s proposal for the two apartment blocks, 18 and 15 storeys high, house a total of 87 dwellings. Two L shaped volumes slide under each other and are connected through a plinth containing housing and parking. The smaller west tower sits flush upon the east tower, opening up views to and creating the entrance from the dike and the street, as well as providing access to the parking. The east tower is standing on the ground and allows direct access to the houses on street level. Its main entrance and lobby establish a visual connection between the dike and the Caroline Mac Gillavrylaan, with vertical circulation located in the middle.

The facade is made up of a fine grid of slate and glass. Variations in colour from brown to grey as the towers rise connect the building to the elements: brown at the bottom, where the towers root up from the ground; and grey towards the top. The windows have irregular shapes. Throughout the process these windows were named after the mathematical toy, the Tetris cube. Views are magnificent also lying in bed or sitting on your sofa.

The skin tapers outwards at specific parts of the towers to create a noise barrier due to the nearby railway. 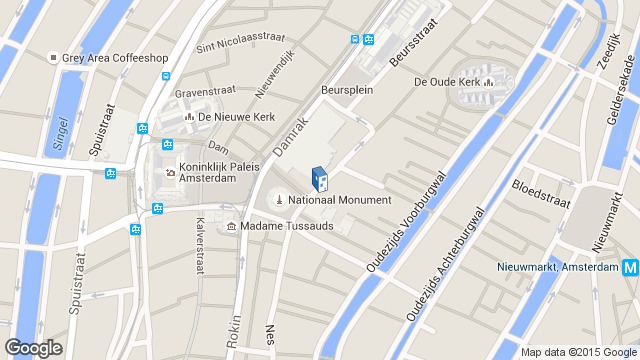