Save
Ministry of Justice / Architects of Invention 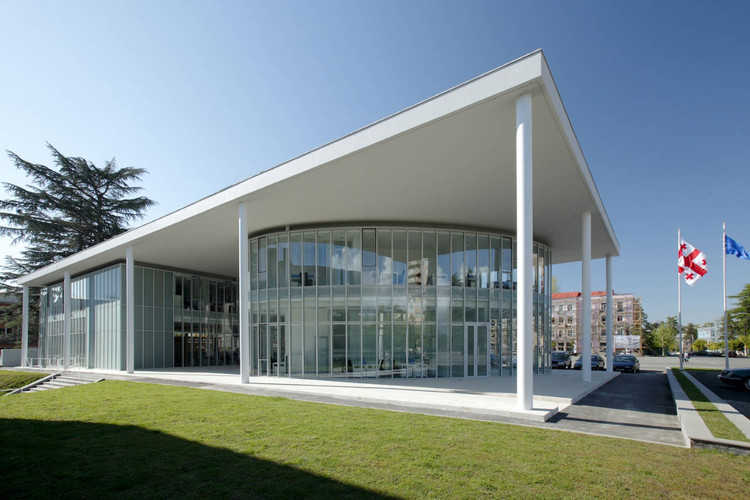 Continuing their trend for ambitious new government buildings, Architects of Invention have designed the Ministry of Justice in Ozurgeti, which was opened by President of Georgia Mikheil Saakashvili in April 2012. Architects of Invention were invited to submit a proposal by Georgia’s House of Justice. The brief included a design for a 1500m2 building to house 95 members of staff and a flow of 400 users a day, to serve Ozurgeti’s population of 21,000. Construction began in September 2011.

The Ministry building brings together a number of services - the Civil Registry Agency, National Agency of Public Registry, National Archives of Georgia, National Bureau of Enforcement and Notary Chamber - under one roof, creating a new blueprint for a government building. Inspired by a classical Greek form, the Ministry is fronted with regular columns, but, rather than a rendered façade, the columns support a canopy beneath which are two independent and contrasting glass volumes.

The volumes are detached from the canopy, thus emphasizing their temporary nature: any form can be placed underneath this roof, the key being to reveal two forms and the air in between them. The size of the Public Hall defines the first volume, which is rectangular and also contains office space. The second volume is oval and set apart from the rectangular block to accommodate a covered entrance and public walkway between the buildings, connecting the square to one of Ozurgeti’s major boulevards.

Each form is double-storied and linked by an underground corridor. The exteriors and interiors are uniform white, adding to a sense of luminosity. The choice of 100% transparent low emission glass creates brightness inside the building. This building is contextual, with a clear relationship to the city and its surroundings. It invites public interaction and its presence modernises the square with its existing residential buildings, a former local art museum and a 400-seat theatre.

The Ministry of Justice is the second of three buildings to be completed by Architects of Invention in 2012. The Prosecutor’s Office in Georgia’s capital Tbilisi completed in February 2012 and the next building to be completed (September 2012) is the Ministry of Justice in Lazika, on the coast of the Black Sea. The city will become a marine, economic and commercial centre in Georgia. Architects of Invention have also been invited to submit proposals for the city’s town planning. 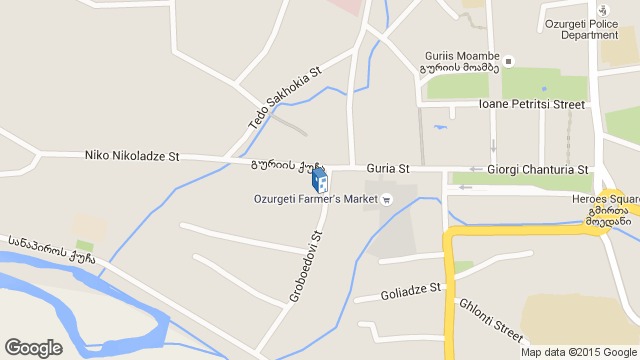 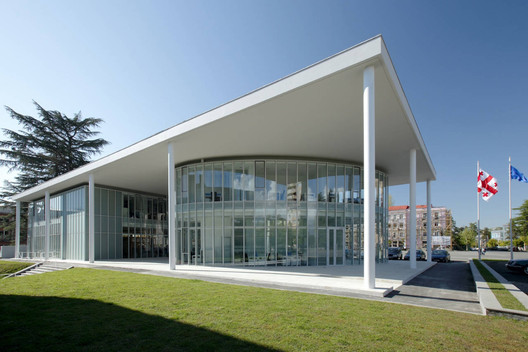 Ministry of Justice / Architects of Invention