Save
AD Round Up: Office Buildings Part II
Share
Or
Copy

Many days, we get to spend more time at the office than in the comfort of our home. Depending on the office, that may not be a bad thing after all. To start this week we bring you our second part of previously featured office buildings.

San Paolo Bank / Baltasarh & Parasite Studio The new office is located on the Unirii Boulevard, line connecting the new center with the south entrance of the city and featuring newly built buildings, as well as currently under construction ones. The area has no unitary structure due to the lack of an existing consistent building body, on one hand and, on the other hand due to the failure to observe unitary regulations for the already built constructions (read more…)

NRGi’s Headquarters / SHL Architects NRGi’s new corporate headquarters is situated in an area marked by a number of freestanding buildings. NRGi stands out from its neighbours in the surrounding area in virtue of its visually light, metallically gleaming built volume. Distinguished by an angular and distinctive façade, the building forms a crisp contrast to the mellow, scenic context (read more…)

Vital Building / Mozas Aguirre arquitectos This is the headquarters for the local savings bank. The building reproduces the scale of the surrounding small woods, a park of the Natura 2000 networking programme. The floor plan has a chromosome shape with four arms. The structural concept is based on pairs of exterior metal supports, clad in stainless steel composite panels. One of the arms has been conceived as a 26 meter cantilever (read more…) 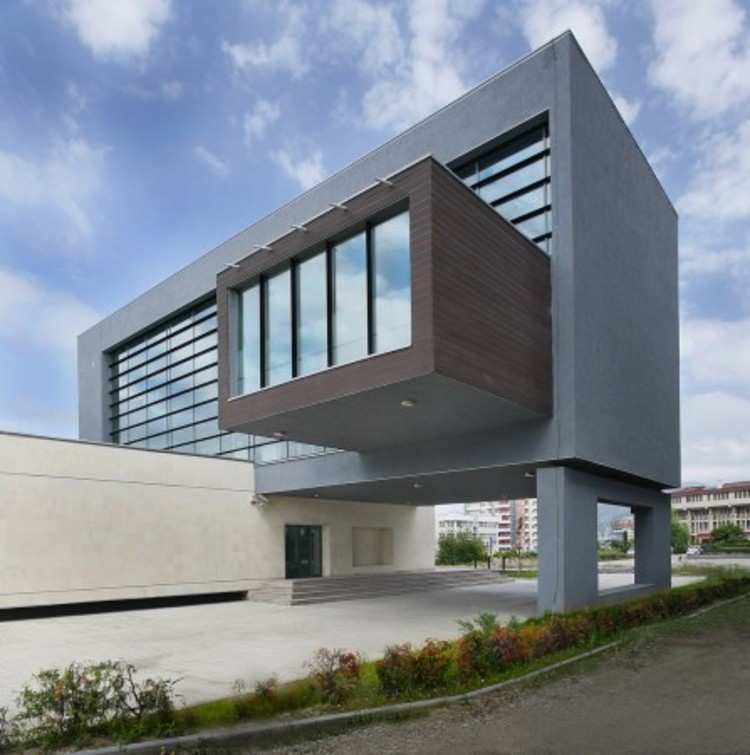 Consorcio Building Concepcion / Enrique Browne The rainy city of Concepción, is located in the mouth of the Bío-Bío River, 520 Km south of Santiago. It has aprox. 220.000 inhabitants, but its threshold spans reaches some 630.000 people. The highlights of its economy are the elaboration of steel and the wood industry, both on wide exporting booms. We were asked to design a branch of the ‘Consorcio Nacional de Seguros’ (read more…)

Vanhaerents office building / BURO II Vanhaerents is a developer who consistently chooses for projects that can stand the test of time. These projects may vary from residential and office buildings, over schools, hospitals and even sports infrastructure. Managing director Joost Vanhaerents continuously seeks out new frames of thought and opted to work with BURO II for the new office building (read more…)