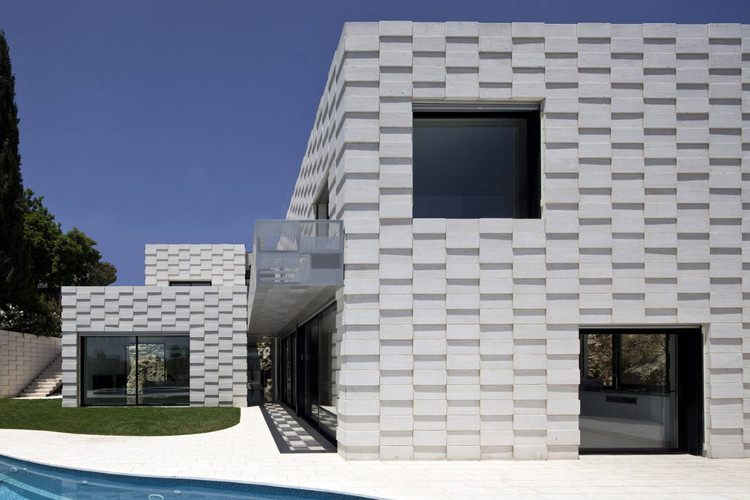 Barud – a warning call shouted by construction workers before exploding the rock mountain in Jerusalem. It is superfluous to emphasize that, from our very first visit to the site, impressed by a pink Cyclamen growing out of the rocky face, we decided to allow ourselves to be guided by the raw state of the terrain. Our treatment of the site emerged from this stabilitas loci, which we subdivided into three main themes: Jerusalem, a city of rock and stone; wide aerial views; and the sacred architecture of multiple religions intersecting in the skyline. These images composed the texture and backdrop for the project.

The house is positioned accordant to the mountain by constructing its first floor as an L-shape juxtaposed to an exposed rock wall. The living space, screened by glass mediates between a view of the minimal and pure geometric form of the rock on one side, and the landscape panorama on the other. The two upper volumes, in contrast, project from the landscape, they converge with the rock forming a tunnel. The passageway leads from +6 metres at the top of the site, down to a subterranean room at +3 metres, descending further, to a sequestered subsidiary entrance.

Whether from the road, or a path which curls between the drywalls and cypress trees of a nearby property, the house appears a woven surface, even a bas-relief. The effect is composed by alternating 2cm projections of 53 x 25 cm modules of Jerusalem stone. The patterned surface establishes a powerful relationship between the building and the variations in light conditions throughout the day, and the passing seasons.

The composition of natural contours, the mountain, and the house draws out a near serigraphic effect between the constructed and natural landscapes. If on the outside the chiaroscuro pattern seems screen-printed, the building’s interior allows light to penetrate its volumes, accentuating depth. Daily life in the house runs parallel to the exposed rock, separated by only a slender gap, or wadi: a tribute to the winter rain and snow. 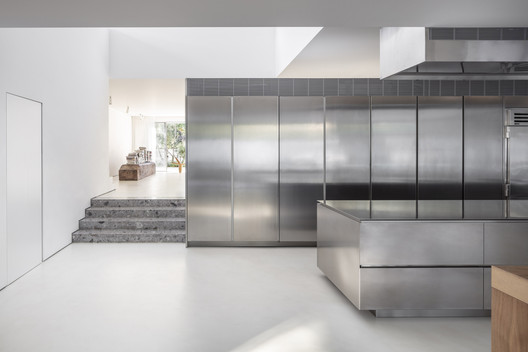 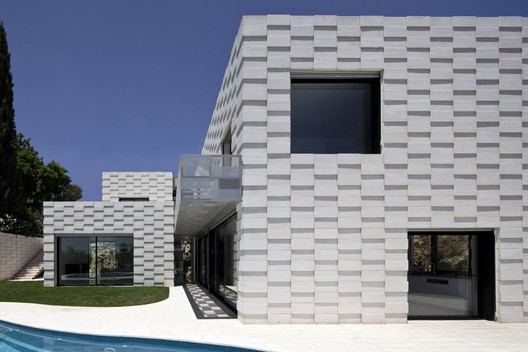