Remember the “Cosmic Quilt” kickstarter campaign we published a few weeks ago? Well, it was a success! With the help 20 students from the Art Institute of New York, The Principals were able to construct a reactive architectural environment just in time for the New York Design Week that took place May 19-21. 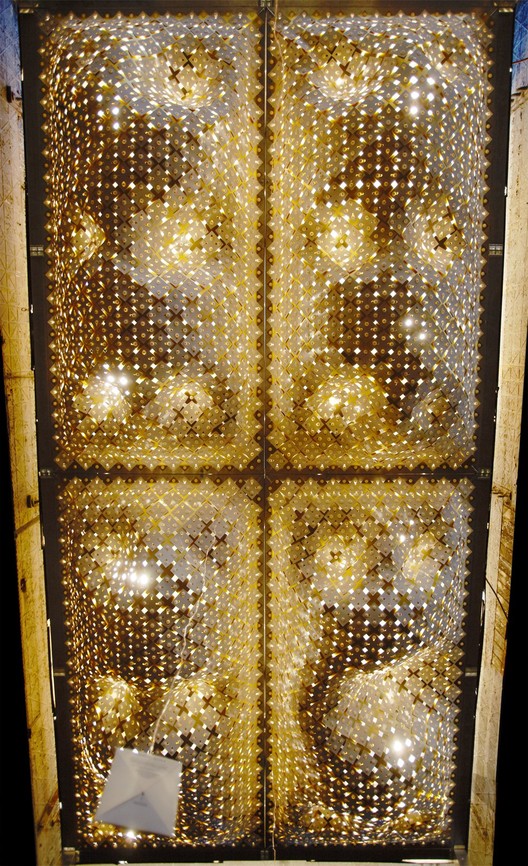 “Cosmic Quilt” is the latest in a series of architectural installations designed and constructed by The Principals that explore the interaction between user and the built environment. Using a series of sensor-controlled motors and a unique system designed by The Principals, the students composed over 3000 pieces that created an 8ft x 16ft x 12ft tall interactive structure capable of responding to the presence of a visitor.

The “Cosmic Quilt” took only a week to construct and was shown at the Model Citizens NYC show in SoHo. Next, it will be installed at the Bonnaroo Music and Arts Festival in Manchester, Tennessee from June 7-10.

The project was funded through a kickstarter campaign with special support from Pedro Torres Picón and Phil Delion & Co.