Text description provided by the architects. The building is organized in two pieces, shaping an L that defines the access square opened to Plana Avenue, being the natural way to the roads that are approaching from the urban center. The access from the square is common to the official buildings and housing, setting up one only entry point. The square is paved and gardened with palm trees.

One of the pieces accommodates the official buildings; the other, more complex, the housing. Both are joined by an exterior vertical communications core, formed by lift and stairs, and working as the access to the high level housing and also as an alternative and emergency way for the official part.

The residential part gives its back to the square, looking for the sun. The familiar houses are organized in the two low levels, two separated lines by an opened access corridor. Each house is disposed as an L, generating a private courtyard to which views and ventilation are directed to, with a southeast orientation.

To the high floors apartments, faced to the south and the sea, the access is through the exterior communication core that is the joint of the two pieces located in the corridor opened to the square. Above the housing line, the apartment block is elevated upright by pilotis. Thereby, an external elevated public space is generated for recreation and leisure areas of the residents.

The official part is organized in clearness and compactness, equally disposed around a courtyard, favoring the location of the public uses in the ground floor, more accessible. The architecture makes reference to the usual mediterranean character of the place, simple volumes, well faced courtyards, solar protections and flat roof. The light control and the privacy are solved by GRC lattice that helps the cross ventilation in both type buildings optimizing the bioclimatic behavior of the complex. 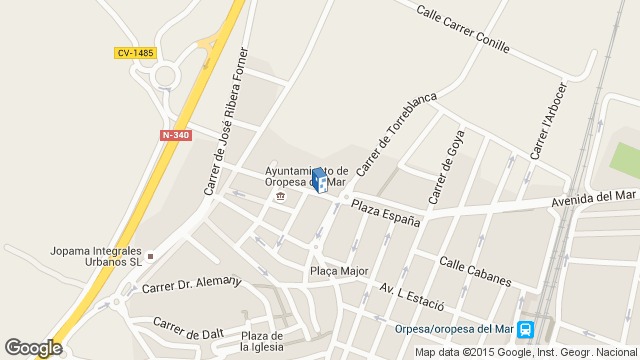 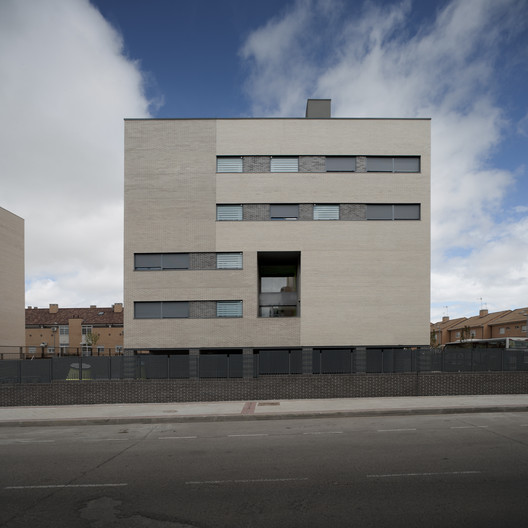