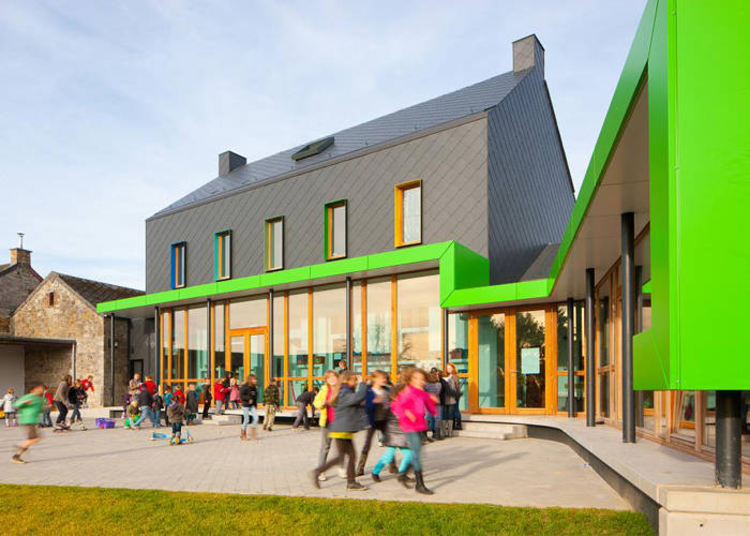 Text description provided by the architects. The existing school is located along the main road in the heart of a Belgian village called Barvaux-Condroz, The school is in direct dialogue with the church. It has a widely open view at the back and an open area on the east side of the plot.

The school expansion and renovation project includes the following: On the existing building, the south orientation of the rear façade opens on the playground and the landscape, whereas the north façade is relatively closed.

The position of the entrance to the school is a fundamental question. The present location of the pedestrian crossing and the analysis of safe access to the car park for parents led us to exploit the free zone on the east gable. The internal entrance space is the connection between the classrooms and the refectory.

The existing areas available today are entirely dedicated to classrooms. Horizontal circulations corridors have therefore been externalized on the south façade thus creating a glass gallery connecting all areas/spaces. This gallery will also have a “double-skin” effect, fundamental in terms of climatic control.

The chromatic tone of the existing buildings is gray, varying from limestone to slate. The project is based both on a coherent understanding of existing buildings, and a "low energy" ethic requiring to isolate the existing school from the outside. The slate grey cladding, highlighted with touches of colors on the steel frames, becomes the new insulating and protective “skin” of the school while giving it a new look. 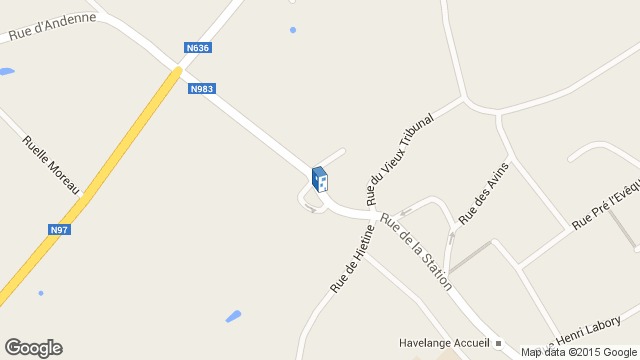