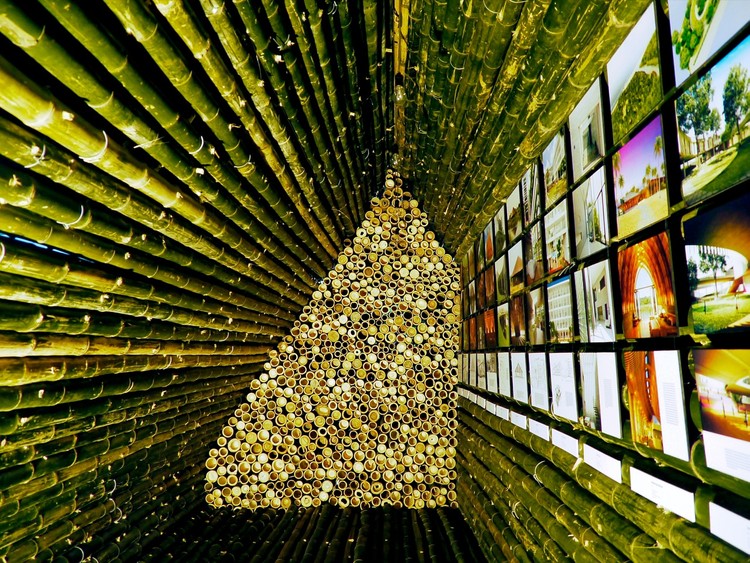 Text description provided by the architects. This exposition booth was exhibited in the "Vietnam Architecture Exhibition 2012", held in Hanoi for 5 days in April, 2012.

With the dimension of 3 x 8.6 m rectangle and 4.2-meter high and more than 10-ton weight, the booth was constructed in two days by using approximately 500 bamboos as the only material.

Bamboos were chosen to express Vietnamese architecture culture. To cope up with the short construction time period, bamboos are placed straightly like brickwork to create massive wall, floor and roof in a minimalist manner.

The Company calls it "bamboo masonry", or a quasi log house structured by bamboos. Accordingly, bamboo nails and wedges, rather than metal joint, are used for the connection. Steel wire is minimally installed to decrease the deflection of the wall and roof.

By the same token, three 8.6-meter-long bamboos were aligned horizontally and connected each other, making one masonry unit. Stratified units created the longitudinal wall of the booth, while the lateral end was composed of small pieces of bamboos, which were cut into 60 or 80 cm, and laid like bricks. Corbel arch - a typical vocabulary of masonry structure - was introduced to the roof structure.

Since the section of bamboos is round, the angle of the corbel arch was automatically made to 60 degrees.

This booth creates two different expressions of wall. While longitudinal wall shows rhythmical and massive texture with parallel horizontal lines, numerous ends of bamboos are exposed on the gable to create a random and porous surface. Both contribute to the uniqueness of the bamboo wall. 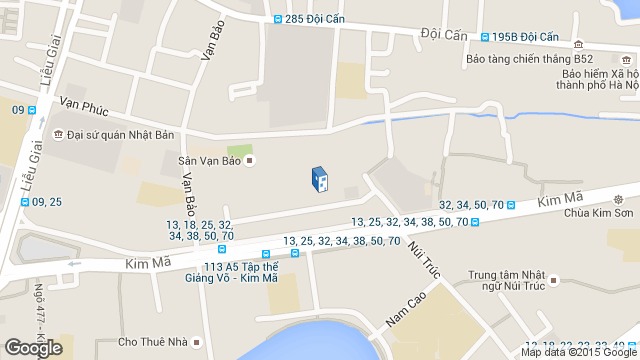