Save
The Mill / Rural Design 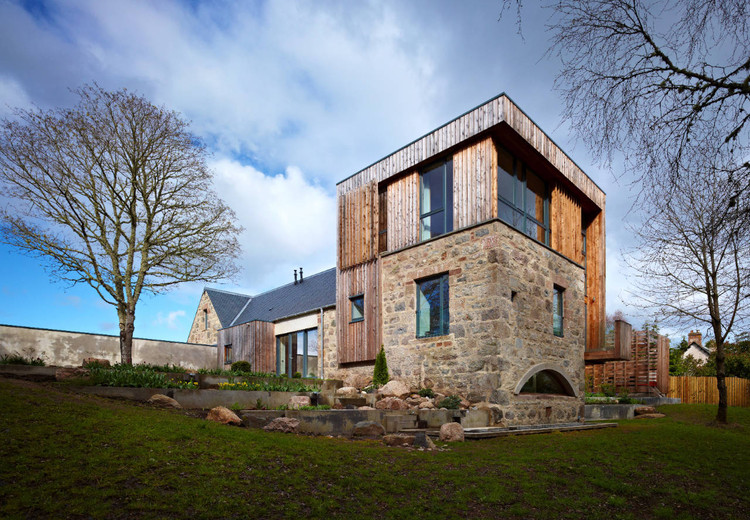 Text description provided by the architects. Incorporating the few remaining freestanding walls of a former mill building, the project engages with the buildings past, without replication of its traditional forms.

The starting point for the Mill project was the few freestanding walls that remained on the site. The existing walls created a series of courtyards, some of which has begun to be re-inhabited by nature.

Our clients brief was for a large family house. We were keen to re-imagine the building in a progressive form, layering a series of forms over the ruins to create a clear juxtaposition of old and new.

Some elements are clearly defined as freestanding objects, the Garden Room, Gym and Garage building slide alongside the existing walls, the new raised upper story is overlaid, with a folded larch roof and wall floating over the castle-like structure of the existing walls.

All the forms create new and intriguing courtyard spaces, allowing the creation of a variety of sheltered spaces to allow our client to engage in his passion for gardening. Two south facing courtyards have been created, the eastern courtyard terraces down in insitu-concrete walls inhabited with plants to a small burn. The western courtyard allows evening light to be drawn through the depth of the house, through an existing tree that has been preserved, and also became the axis for this series of spaces.

The internal spaces are typically one room deep, with simple linear circulation, capturing light at ad hoc points where existing openings remained. Where possible stone walls have been preserved internally, allowing a look through the layers of the structure.

A three storey timber “tower” sits at the southernmost part of the house, rising from formal dining room, to sitting room, to master bedroom, which has a high level 270 degree view of the wider countryside. The master bedroom is accessed by a stair that floats alongside the old rough stone walls, and cantilevers out from a massive larch wall.

At all points the houses axis’ are terminated by events, light, and occasional symmetries.

The existing fabric has been treated with respect, however this has occasionally required major surgery, for example the new arched window to the formal dining room has been cut forcefully into the existing fabric, recalling not only the water wheel, but also the art deco furniture colllection contained within. 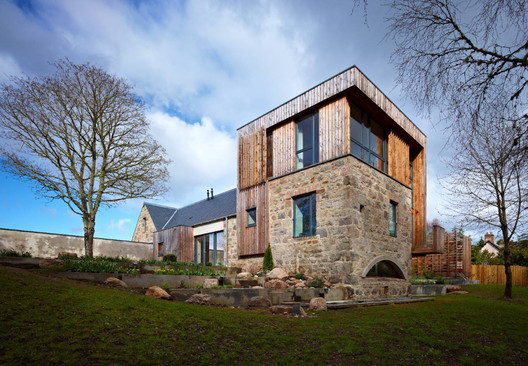