Save
The Chapel of Rest in Graz 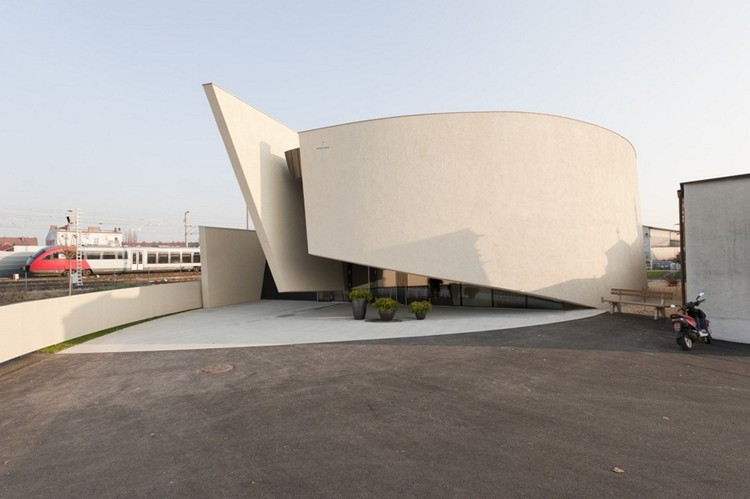 The chapel of rest for the Steinfeld cemetery is designed in the form of two curving formwork elements made of reinforced concrete and appearing as two carefully receptive hands. It is the centrepiece of the redesigned Cemetery Centre which was begun by the municipal parish of Graz under episcopal vicar Dr Heinrich Schnuderl, continued by Christian Leibnitz, the new municipal parish provost, and finally built to a design by Hofrichter-Ritter Architects in 2011.

From the perspective of urban development the building site had become a peripheral location due to the construction of the new, exclusively pedestrian tunnel underneath the railway line. Upgrading the site and, as a result, the Steinfeld cemetery was a matter of importance for Graz’s urban planners. Consequently, the cemetery has regained its significance as a public space and park.

A new concept for taking final leave of deceased loved ones has been developed in dignified and pleasant surroundings:

2. After the farewell ceremony the deceased is accompanied in a funeral procession through a separate entrance out of the building to the burial ground.

3. Due to increased demand on the part of the bereaved members of the family, technical multimedia facilities enable the farewell ceremony to be arranged in a highly individual way, if so required.

Depending on the particular choice of seating arrangement, the chapel of rest can accommodate up to about 100 people. In special cases larger funerals can also be held by opening up the northern glass wall and by using the spacious dimensions of the open forecourt. Cultural events may also take place at this site. Vital ancillary and service rooms have been positioned in the eastern part of the hall to facilitate smooth operations at the cemetery. These rooms are encompassed by a wall which runs along the length of the road and also acts as a necessary noise barrier to the Südbahn railway line. To the south, the wall goes on to define a green area with a columbarium grove and wall and with urn graves. Amenities such as a florist, stonemason, phone box and a public toilet are also situated right at the forecourt.

The chapel of rest:

The area for the farewell ceremony is regarded as the key space: the central location, size and above all the height of the room makes it the heart of the service centre. This space is used in three phases. These can be staged differently, depending on how the room has been arranged, especially with regard to the openings and lighting effects. The sequence is as follows: laying out – farewell – accompaniment of the deceased to the burial ground. An approx. 150 m² chapel of rest, surrounded by two shell-like walls (see ground plan) with a ceiling height of about 4.80-5.0 m, forms the main structural element of the building. An overlap between the two shells hides the view of the exit to the columbarium grove and cemetery grounds.

The ancillary rooms used for running all of the cemetery’s operations and arranging funerals are joined to one side of the chapel of rest. They consist of the rooms required for the funeral (lounge, preparation, work room, store room and frigidarium), for the priest and for the cemetery’s administrative staff. These rooms cover a total area of about 120 m². The outer wall of the ancillary rooms described above is formed by the “new cemetery wall”.

The intention is to build a new cemetery wall flanking the ancillary rooms and the new columbarium grove. Much of it will form the outer wall of the ancillary rooms. Made of white concrete, this wall features different slants: where it performs a space-enclosing function, the wall slants towards the building; where it has the sole function of a “boundary wall” it slants away from the site (cf. photo of model).

Special attention should be paid to the sensitive design of the main area with formwork slanting outwards (also with projecting ends) and rooflights for diffuse lighting. Surfaces and materials should match the intended purpose of the space. We assume a cantilever ceiling with a span of up to 11.5 m. The cemetery wall and partitions in the area around the ancillary rooms serve as a backbone and bracing element. Here, special care needs to be taken with regard to the building physics and correct deployment of materials. Large components of the complex should be completed in fairfaced concrete.

Temperatures in the chapel of rest should not exceed 14°C in the cold months while all ancillary rooms should be kept at normal room temperature. Measures to prevent overheating in summer should also be taken into consideration as an important construction priority. Electric power and gas connections are located in the street close to the site; the district heating connection is situated on the other side of the railway tracks – an extension of the district heating supply to the Südbahnstraße needs to be arranged with the Graz city authority.

Although the precise number of sanitary facilities required for the area around the ancillary rooms still needs to be established, we currently assume that one sanitary block will be needed. Deployment of a ventilation system still needs to be clarified. We currently assume that there is no need to install a ventilation system. A further intention is to build a frigidarium for storing a maximum of two coffins.

The staging of the above mentioned sequence of a funeral is supported in this case by the use of carefully controlled lighting effects. Background music and a microphone with speakers complement the facilities in the main room as does the opportunity to use multimedia, e.g. for video and image projections. A telecommunications system needs to be installed in the administration rooms together with technical connections for the above-mentioned frigidarium.

Accompanying planning of an acoustics system in order to achieve a pleasant acoustic atmosphere is absolutely necessary. 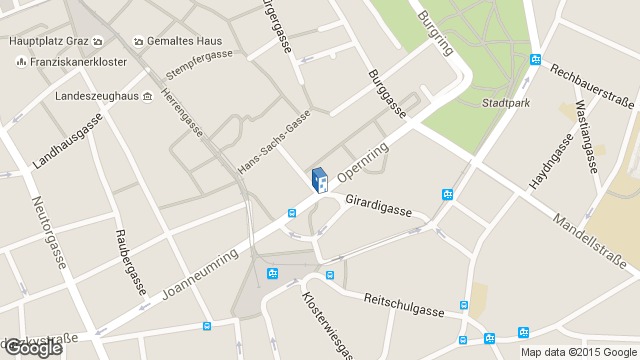 Location to be used only as a reference. It could indicate city/country but not exact address.
Share
Or
Copy
About this office
HOFRICHTER-RITTER Architects
Office
••• 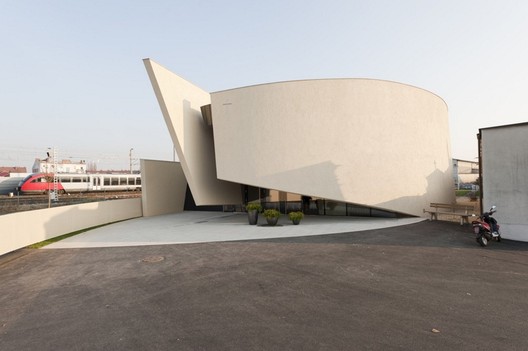