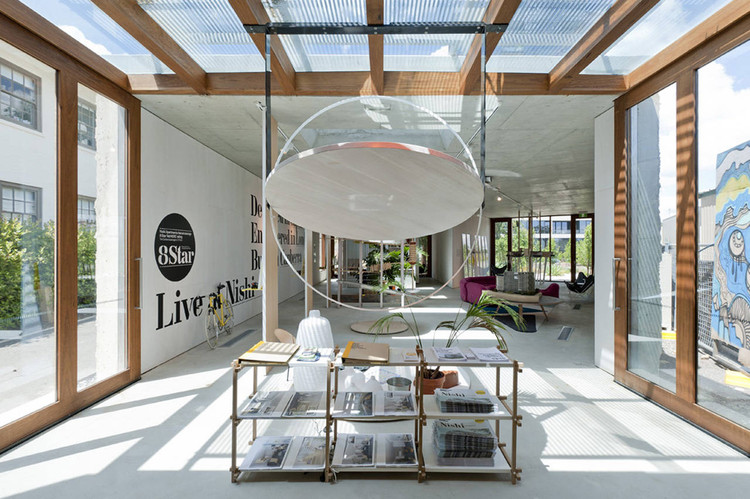 Text description provided by the architects. The Nishi Sales Suite and Gallery has been designed for the Molonglo Group, in conjunction with OCULUS, as a permanent art gallery and exhibition space. The first incarnation is a sales suite for Nishi Apartments in New Acton Canberra. The gallery layout has been designed to be as flexible as possible, anticipating different and changing future uses such as an art gallery, space for an artist in residence or a community function/exhibition pavilion.

The gallery is in the New Acton precinct, surrounded by highly engineered buildings with precision detail and sophisticated finishes, and adjacent to the heritage listed Acton Hotel.

The client brief was for an ‘explosion’ in the landscape, something raw, that would surprise and engage the local community. We were all after a low-fi/low-tech solution to the design and construction of the gallery.

The idea of a smooth interior contrasting with a rough and raw exterior was conceived early in the design process, but we had no idea of how to achieve the clients ‘explosion’ concept. What increasingly caught our attention were images of excavations, where the dominant compressed strata were overlaid with the purposeful but careless marks of machinery. We wanted that feeling - for the galleryto present as having been poured against an excavation that had since been pulled away. We considered all types of conventional formwork, but none achieved the earthly/excavated/explosive qualities that we were after.

We slowly started prototyping, developing a system to give both depth of texture, chaos and control; creating our own hand-etched polystyrene form lining to cast the concrete against, in-situ.

The Y plan form was a response to the geometry of the site, and provides a dual aspect relating to the landscape and with attendant opportunities to differentiate the internal display space. The urban response to the heritage listed Acton Hotel on the opposite side of Kendall Lane is a hard edge to define the laneway.

The gallery has two main apertures which face garden and sculpture spaces to the north east, providing gallery space that can work as a single display space with two aspects, or as two distinct display spaces, each with strong visual connection to the landscape.

Both Kendall Lane and Parkes Way elevations have two punched openings – a large window; and a fully glazed slice through the building, with fully-operable glazed timber sliding doors and a glass roof shaded with photovoltaic cells. This is the main entry for bringing art work into the gallery.

hungerford+edmunds and OCULUS collaborated on the design of the gallery and the landscape from the onset, to achieve a cohesive response to the earthly/excavated/explosive brief. The client was an inspired driving force, and brought a critical and experimental eye to the entire process. The full consultant team was in place from the beginning of the project: landscape architects (OCULUS), ESD, services and project management (ARUP), structural (AWT), fit-out designers (Design Office), graphic design (Clear Design) and builder (PBS Building (ACT).

The gallery layout has been designed to be as flexible as possible, anticipating different and changing future uses; providing a permanent gallery and exhibition pavilion for the community, in lieu of temporary apartment display suites that would later be demolished.

The environmentally-sustainable design has high thermal mass, double glazed timber window joinery; an air tight and highly insulated envelope; natural ventilation; a photovoltaic system visible from the gallery space as sun-shading; and rainwater-harvesting. Heating and cooling is via floor grilles with an insulated below-slab plenum that runs around the perimeter of the gallery.

The clients brief has been fulfilled through an innovative and cost-effective process. In the long-term, the building is a permanent gallery and exhibition pavilion for the precinct with robust finishes and low running costs. As a sales suite, the gallery assists in the illustration of the green initiatives employed in the Nishi precinct and apartments, with solar energy and rainwater harvesting an integral and visible part of the design. The high thermal mass – evidenced in the floor, ceiling and highly textured exterior; double glazing; and energy efficient lighting are a sustainable backdrop to the display. The apartments are presented in large-scale models by OCULUS, art objects in themselves. 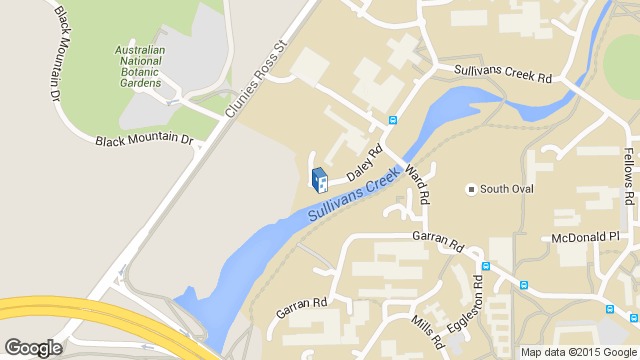