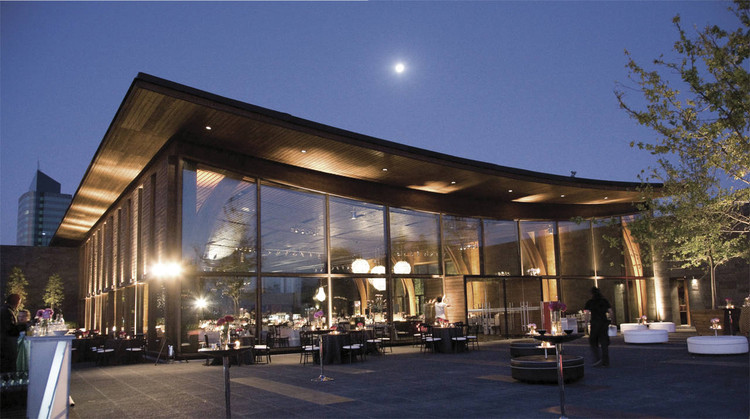 Text description provided by the architects. The project consists of an overall expansion and remodeling of an old downtown Events Center which operated in the last level of a parking garage, located between Paris Street and SanFrancisco Street, in the heart of Santiago. The architectural proposal was to build a large space flexible and highly transparent, allowing views of the main perceived the south- west of Santiago, the Virginon Cerro San Cristobaland San Franciscoto the North Church, in order to establish itself as a "Great Plaza -Mirador" that recognizes the city, taking advantage of favorable conditions presented by the project.

This particular space, the main hall, which forms the main extension, we decided to do it inlaminated wood structure due to its economy, lightness, speed of execution and that allowed to leave without finishing the whole structure, forming a very warm place, which in conjunction with the crystal, gave him a great transparency and elegance.

In a way, it tries to replicate the condition of public plaza of “Alameda de Santigo”, armed by trees and foliage, but in height, through these wooden frames in which in sequence define the space by replicating the effect of foliage, imprisoning and falling giving power to the space.

One of the most complex issue to resolve was the sound, whereas departments were very close. This forced to close up upon to those parts with volumes of services to control the emission of noise. Also added the technology applied to the glass to allow views of the most interesting places.

In addition to the acoustic emission, it was very important to resolve the internal acoustics. The scheme of "foliage" made up by the sky of wooden lattice-shaped curveinverted (catenary style), together with an absorbent cloth on the inner face of the sky, solved this very successfully, creating an interesting space. 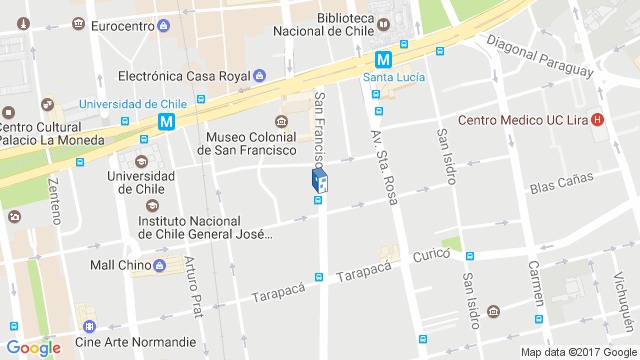 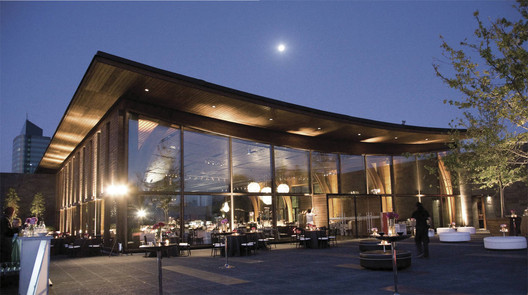