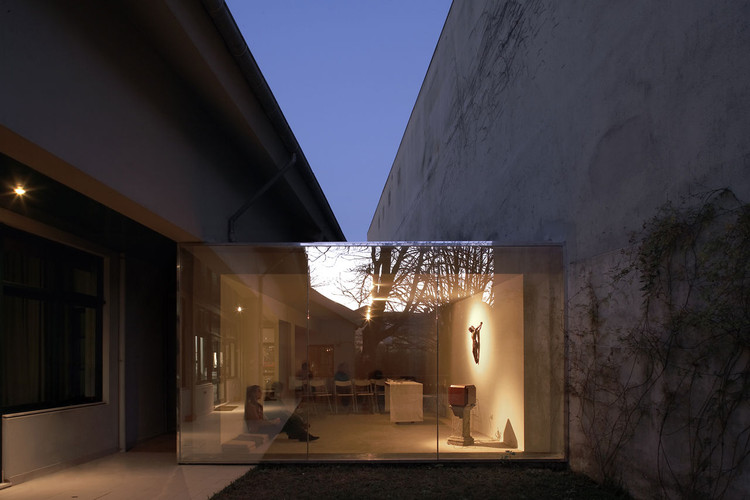 Text description provided by the architects. The program consisted in the extension of a small chapel at a University Centre in Oporto. The twenty year old Centre was implanted at the end of a private garden. The existing chapel was too small for the number of students attending services and there was a wish to extend it to an area of 50m². The assumptions were as followed:

- open the space towards the garden;

The main ideas flowed poetic and swiftly... Many references blended into this rare architectural work, with a theme that had always been of our interest.

The outcome was created by the intersection of various elements:

- the triangular patio where the chapel had to be situated;

- the magnificent tree at the base of this triangle;

- the interior provocation brought upon by our own reflection in the mirror before entering;

The process of designing a mirror began, the reflecting screen that would be the facade (or non-existent facade) of this chapel. The site where it should be founded was confined between an uninteresting 80´s building and the back of the neighboring building. This was clearly a non-place, a leftover where not even grass grew due to the shadow cast by the surrounding buildings.

The idea of the mirror was the solution to many problems: it reflected the garden and therefore cancelled the void, while proposing a symbolic connection. To radicalise this idea, we studied a detail such that the presence of a frame around the mirror would be eliminated – the stainless steel extended the mirrored effect.

The garden was also re-designed along with the pathway leading to the Chapel, creating the possibility of working on its gradual approximation. Our image reflected upon the facade of the space which we are about to enter interested us greatly: the confrontation with our reflection just before penetrating the sacred space seemed itself to induce introspection.

The interior was very simply coated with a carpet on the floor, allowing some informality in the use of the space, at the same time improving the room’s acoustic performance. Diametrical to the mirrored facade, an opening in the ceiling bathes the wall of light, a dim light, complement to the large opening towards the garden.

Curiously, what seemed to be distracting in this window at first, actually motivated contemplation and encouraged silence. A chapel open to the outside, to the seasons’ variations, moreover open to happiness and unhappiness – hopefully a contemplation that results in action. The feedback couldn´t be better: a certain oddness felt at first was substituted by a tremendous adherence by the whole community. 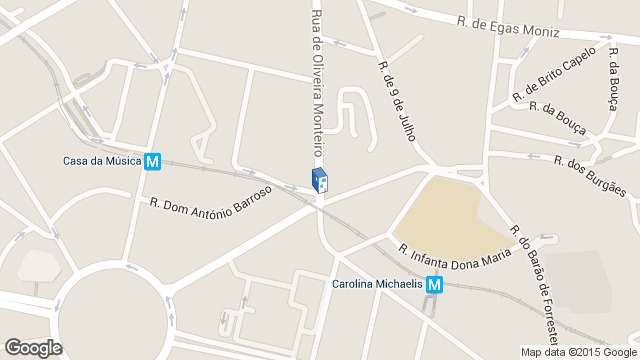