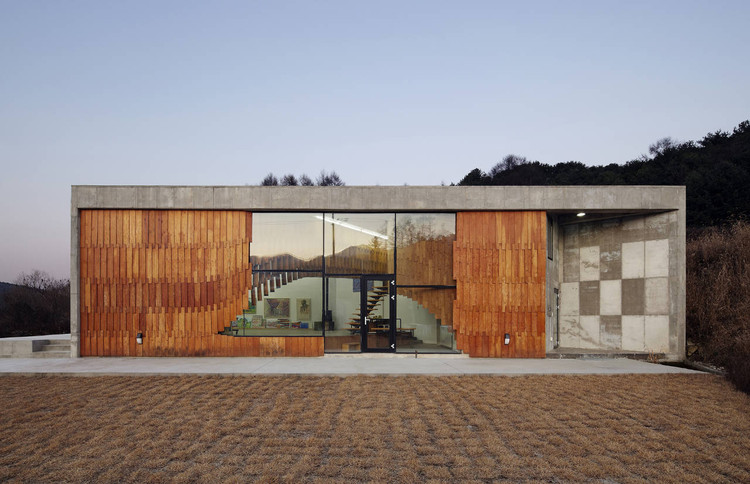 An artist walks into the office, introducing himself with a pamphlet of his paintings. Vivid colors and forced brush strokes that densely filled the screens shows his sensibility and thoughts. His use of unfamiliar words to describe his works that he is “interested in ecological theology,” illustrates the naïve mind of the artist that he paints from himself, or he paints himself through the painting. Perhaps, that is why his recent works include a body of a person in a landscape.

The body, rather than being separated as a distinctive object, is depicted as part of the aggregated elements of the surrounding landscape where the trees, bushes, and the sky respond to each other blurring the boundary. What he depicts here is not a moment’s phenomenal state; rather it is the deconstruction of the object as a monad, at the same time, it is about things become an integrated being united with the surroundings.

The artist has been working at home for more than ten years. The subjects of his paintings are nothing special but spaces of his daily life. He has been constantly projecting his gaze at the parks nearby, streets, a small village in a countryside where he often visits. As seen from his recent exhibition titles, ‘A Talk with a Tree, ’‘Thinking Forest,’ there is no clear boundary between human and nature in his paintings. Furthermore, the distinction between a body and its surroundings, or interior and exterior is only allusive.

What is clearly revealed is the flow of continuous matter waves and powerful forces that fill the space. A quotation found from his note explains everything, “Molecules think, too.” As an alternative to the Modernist’s ontology that separates man and nature, body and reason, and that postulates a certain dominant structure, his studio explores the world of wholeness. His studio shall reflect his world view. Then the real question is how one constructs an ambiguous field that interior is blurred with exterior, nature permeates into the space, and the artist’s gaze spills out to the nature.

During the crossing, the panels of the skin are split and distorted, creating loose crevices. The landscape permeates through the crevice, and so does light. The light colors the space with every moment in time. As a body moves, the space of the crevice changes sensitively. Skin becomes space, and space becomes skin. The boundary is blurred, and the flow that passes through the interior and the exterior becomes denser. 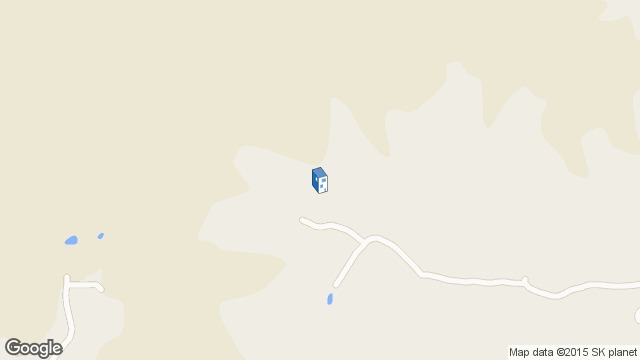 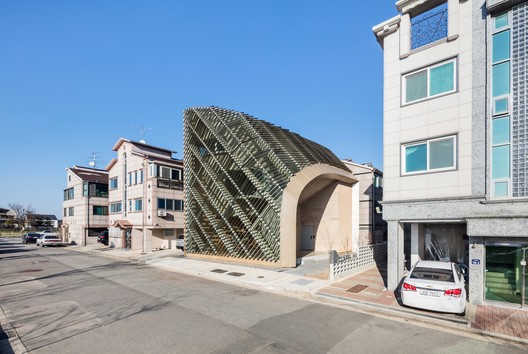