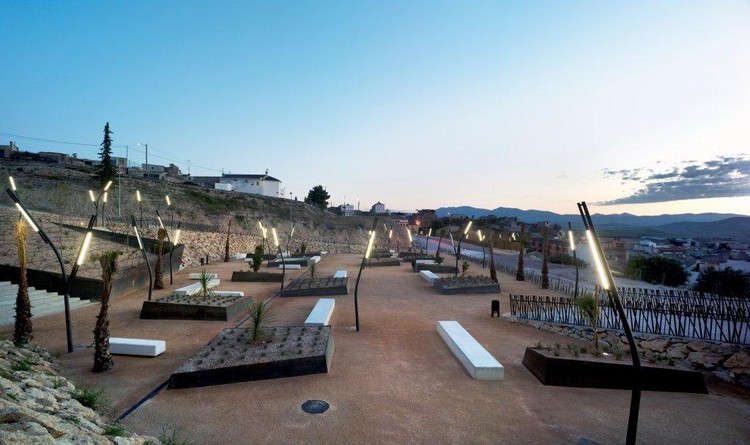 The project started with ideas competition developed by Pliego City Council in collaboration with the Ministries of Public Works and Planning and the Ministry of Presidency and Public Administration of the Region of Murcia.

The small town of Pliego is in the northwest of the province of Murcia, 42 kilometers away from the city of Murcia. The main crops of the area are fruit trees, mainly the apricots (prized for their flavor and quality in foreign markets), peaches, almond trees and vineyards.

The village of Pliego has an urban design characteristic of Islamic rural farmhouses. As a result we have an urban sinuous and disorganized, whose logicis based on its own orographic base adapting to the slope of the mountain.

The area consists of two terraced valleys coming from the mountain. These two valleys surround a small mound which seems to move towards the urban plot, creating a beautiful view over the village with the valley at the background.

In order to integrate the sespits of landon the village we aim to create an urban rotational park, which generates different activities that complements Pliego and other nearby villages’ leisure offer. The geometric duality of the site allowed us to implanta double program with cultural activities and sport activities exploiting the natural terraces of the initial state.

The climate of the area becomes an essential tool for the success and the smooth running of the program, since many of the activities shall be performed outdoors. The stands naturally formed by terraces seem a gift to do an open-air amphi the ater with a capacity of 1000 people.

There are different areas integrated into the park, many of them include sport and game spots, which offer a wide variety of activities for people of different ages. The idea of the program and the new proposal combining the two spaces into one is interspersed with green spaces as a botanical garden with the most typical species in the area: aromatic plants (i.e. lavender, rosemary, thyme and the like).

All these typical species of Mediterranean forest recreate visual and olfactory sensations that permeate and surround the park reminding the visitors of the mountains of the area. Thanks to these species which require inexpensive maintenance and a limited water usage we could reduce the spending maintenance of the park.

This park was an empty and lifeless area restored to be used by Pliego´s citizens and visitors. In short, this new space offers leisure activities and encourages personal relations in a place where there was nothing in the past. 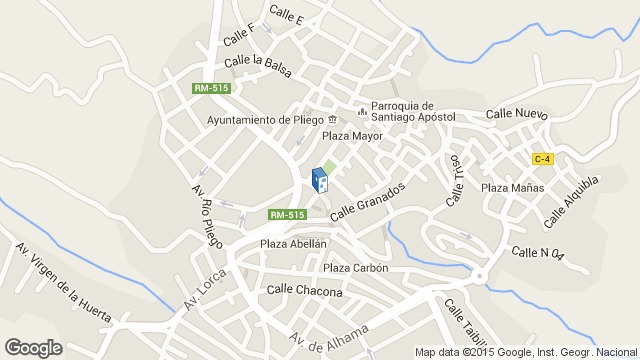 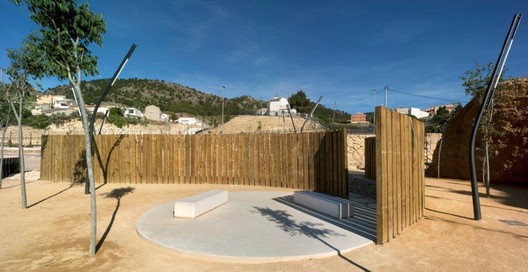