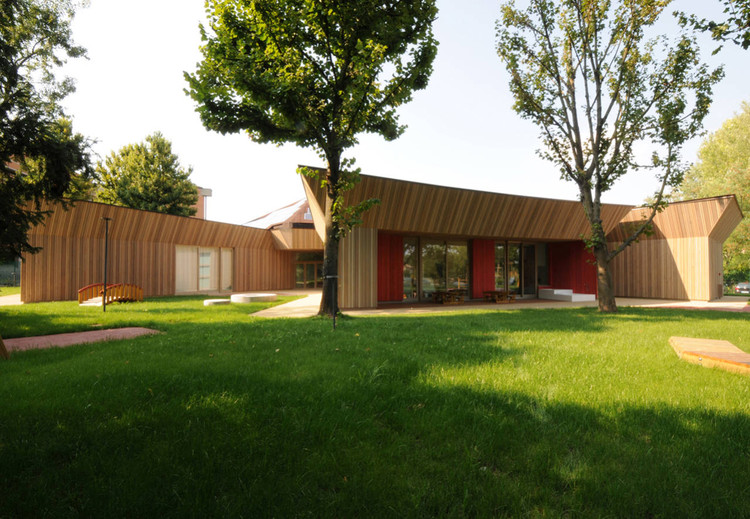 Text description provided by the architects. A company and municipal Nido (crèche, nursery) for 48 children aged 12-36 months divided into two classes (one for the younger age-group and one for older children). Ten places are available to children on municipal waiting lists. The building is in energy class A.

The Infant-toddler centre project is based on three guidelines.

1-Dialogue between Pedagogy and Architecture

The challenge of the project was to build an environment for children in which the functional and aesthetic identity speaks of and supports a precise image of the child: competent, an explorer, equipped with a hundred languages and great abilities.

2-Sustainability and Attention towards Ecology

The project was conceived to use renewable energy sources (solar energy from photovoltaic solar panels), contain energy dispersal through a high level of insulation and thermal inertia, and use passive systems (orientation of the building, covered porch areas) to protect from the sun’s radiation.

The project aims to support services combining the right of children to a beautiful and stimulating environment, the needs of parents working in the Cariparma bank, the needs of the local neighbourhood and of the city, and find a meeting point in the project.

The Nido is organised in medium-sized areas connected to each other by a central square: so that there are many spatial opportunities for activities but the sense of space remains on a scale closer to children aged 1 and 2 years.

The wings are connected by a single roof and accessible from the central, covered air conditioned piazza. The classrooms (one for small children and one for older children) and the “laboratories” (lunch and atelier areas) are distributed towards the south to prioritise natural light and the view of green areas; offices and service areas (laundry, changing rooms, store-room) are in the north and look onto the road.

Classrooms are sub-divided into areas intended for diverse activities to offer children a multiplicity of educational opportunities and include a sleeping area; cloakroom spaces and a bathroom area complete the classroom spaces.

The central square, which receives light laterally and from a large, round central skylight, acts as the hub of the building, offering opportunities for meeting, socialisation and play different from those of the classroom, and the simultaneous presence of children of different ages. The classrooms, atelier and dining area all have covered porch areas for outdoor activities.

Exterior image of the architecture

The building is made up of a series of buildings connected by a central square which is covered with a roof of varying geometries, like crumpled paper – the shape of which originates in the attempt to optimise the use of the photovoltaic solar panels that make the building almost autonomous in terms of energy.

The cladding of the building is in vertical strips of wood in three colours and sizes arranged in a casual order which continues into the sloping area under the outcrop of the roof, forming a pattern of varied grain which abuts softly into the surrounding green.

The covered porch and the loggia of each wing appear as if hollowed from the mass of the building and are clad in vertical planks of wood in a coral-red colour. The imagery refers to the idea of a sliced fruit, the inner flesh appears coloured and the exterior skin is material and textured. 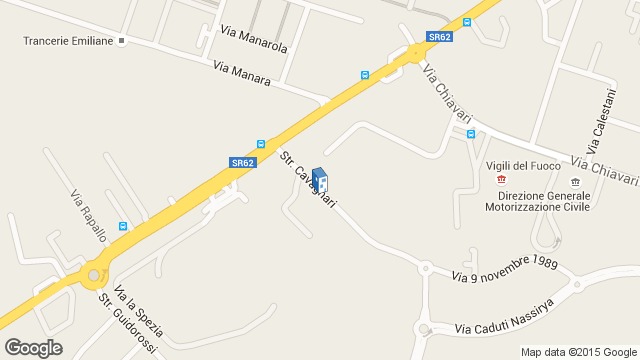 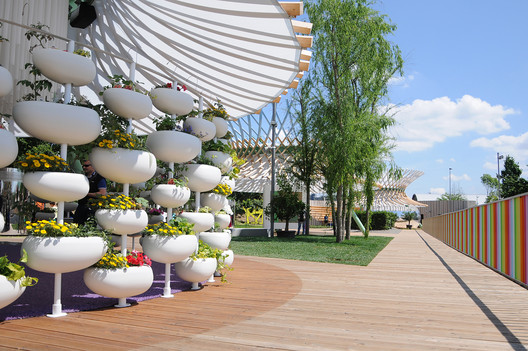