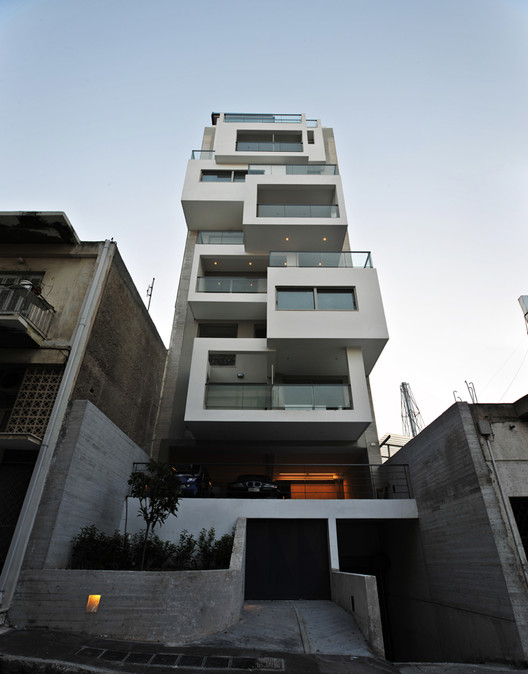 Text description provided by the architects. Throughout the last half century, Athenian villages along Greece’s mountainous coasts in Cyclades have been defined by a typology of multistory buildings with identical floor sizes, a façade of narrow balconies across each unit, and a deeply recessed penthouse to provide for a larger veranada.    In contrast, the commercial areas of the district became defined by a practice known as “antiparochi” – the owner would transfer the plot to the contractor in return for the desired number of units – and resulted in a mosaic of styles and constructions (“urban cubes”) as the changing provisions of the Building Code constantly altered the permissible height and ways of counting building areas.

For their latest apartment, KLab has created a residence in Pagkrati that takes the attributes of an urban village and manifests such characteristics in a vertical manner for the city. The project seeks to respond to the needs of the different users occupying the building, as it incorporates a variety of floor plans with different layouts.  The different units are manifested on the façade as cubes that protrude from the building’s surface as a way to give a sculptural sophistication to the project that uses the city’s typology in a new manner.

“Every apartment building is a small village within itself. It is a unique society where every inhabitant is so different from the other. In “urban cubes” each floor reflects this individuality as one floor differs from another but lies under the same society rules, all in all being signified by a white cantilevered cube hung by the retaining exposed concrete walls,” explained Labrinopoulos.

The apartment building occupies a long and narrow site with a frontage on the main street in Pagkrati, Filolaou.   Organizationally, the project forms a U-shape plan of 14 apartments.  The party wall splits the building in two separate units and functions as an edge of the building’s circulation zone, in addition to providing a light well.

When viewed from the street, the building creates two towers which immediately marks the project as a distinct entity – a break from the surrounding context’s urban sprawl and traditional saw cut section typical of Athens. 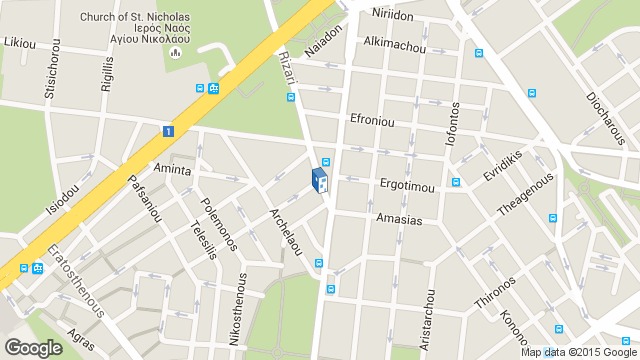 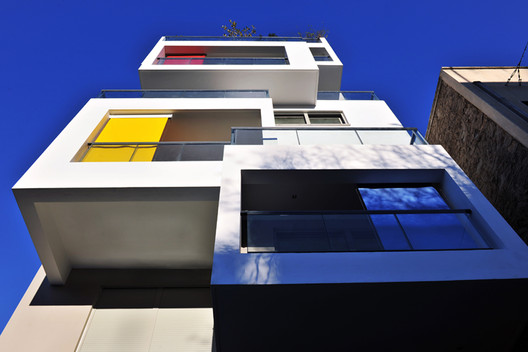