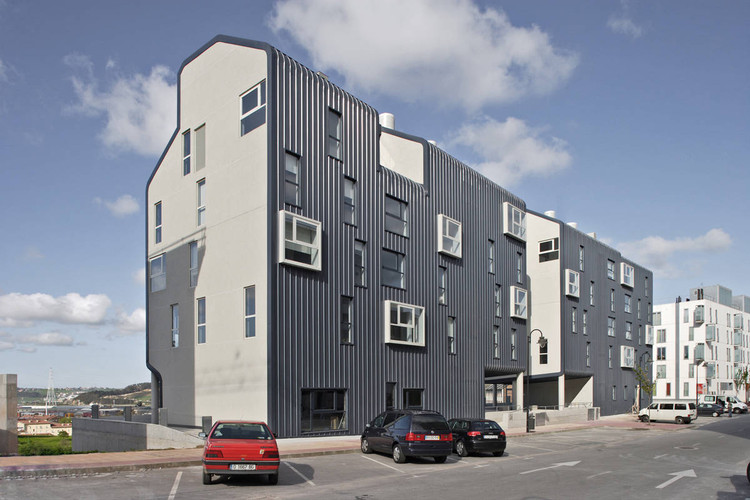 Text description provided by the architects. In a privileged place, at the end of a green meadow on the top of a hill and with the Avilés estuary on the horizon, two small metallic objects stand still upon a concrete basement and stare at the spectacle before their eyes. Dressed in a tailored suit which covers their head and torso, they protect themselves from the unpleasant rain and see the time going by.

As expressed in the previous paragraph, from the beginning of the project we considered the quality of the surroundings and wanted to treat the buildings as if they were almost “alive” and could express the sensations that the place provoked in ourselves.

The plot is situated at the edge of a steep slope and the urban regulations determined we should set up two blocks sharing a common basement, but each with a slightly different built area. This seemed to us interesting, so that we could design two pieces with the same language, almost identical but different at the same time.

The project idea is all about the covering, the skin, which folds to configure the building personality. In a city with a strong industrial character, we found steel very appropriate, as a tight sheet that gets torn to create windows and balconies, to open itself at the top to the surroundings through big windows that look, as eyes, at the meadows and estuary.

We designed an only and common access to both blocks just in the space between them, with the tension that provoke two things that are very close each other, and as a meeting place for the neighbours. The access level is slightly higher than the street and conceived as a semipublic square where people can stare at the landscape or talk sitting in the benches protected from the rain.

The flats are distributed quite uniformly through all levels. We tried to compact the intermediate floors to get as much free space as possible in the ground and higher floors. So, we get a bigger square in the ground floor with covered areas under the blocks and, in the highest floors, the two-storey houses allow to make the building less dense. Is there where the outer skin loses its opacity and steel becomes glass.

Each block has a staircase whose appearance from the exterior is minimized by using the same steel sheet, but perforated. During the day it looks as the rest of the façade but, at night, light comes out through the steel and its presence becomes more important. 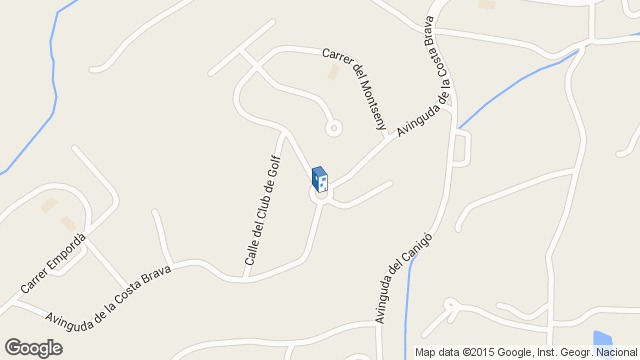 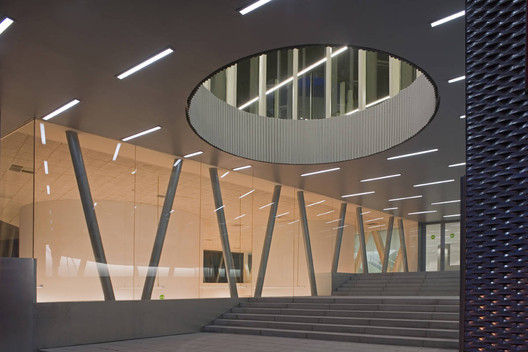 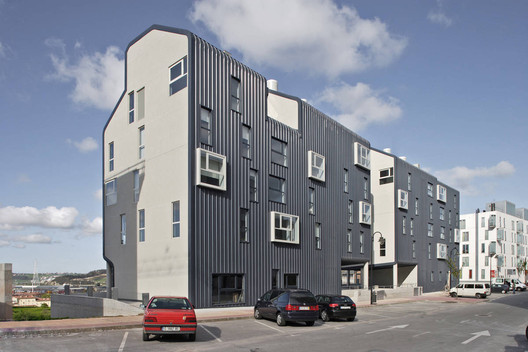