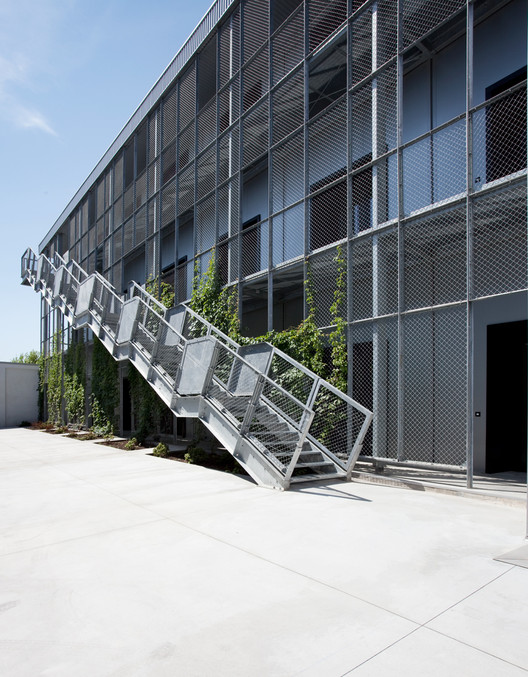 Text description provided by the architects. After co-founding studiometrico, Italian architect, Lorenzo Bini, has recently opened a new architectural firm in Milan entitled Binocle. Bini takes his creativity displayed in his Bastard flagship store in Milan (the converted cinema received the coveted ArchDaily Building of the Year Award for Interiors in 2009), to a different level with this transformed reuse project for offices in Via Zumbini, Milan. The project includes a complete overhaul of an existing industrial building from the 1930s and the construction of a new entity to create 17 units of 100 and 150 sqm available for small practices in search of a workplace.

The two blocks are organized around a common courtyard area.  Most of Block A's original structure has been preserved and allows each floor to have an open plan measuring 44 m long and 12 m.  The long floor plates have been subdivided into five separate spaces, following the patterning of the structural bays.    The bordering wall between the main interior space and the edge of the courtyard has been demolished to create a permeable elevation.    Two wide "social" balconies provide ease of circulation among office spaces, and also the opportunity to enjoy the garden.

"The garden is not confined to the role of ‘decoration’ of architecture, but rather becomes a central and functional entity," explained Bini.   The foliage, a series of twelve Ampelopsis quinquefolia, will form the living screen of Block A and change three times a year: they will proliferate in spring and summer providing shade and cooling the balconies and the offices, they will lose their leaves in the winter to let the sun penetrate and warm up the interior spaces; and transition between the phases with an autumn state of deep red leaves.  The garden also includes a horizontal carpet on Block B’s rooftop -  a mix of small intensive shrubs that contribute to mitigate the impact of the sun radiations.

Inside Block A, a dramatic new structure of 9 pentagonal trusses carries the weight of the new suspended mezzanines in a delicate manner.  "The structure of the roof is placed on a new concrete beam built on top of the existing outer walls, and its entire weight, as well as the one of the suspended mezzanines, is transferred to the perimetral pillars of the building and doesn’t overload the reinforced concrete beams that carry the floors at lower levels," explained Bini.

The second building, Block B, is a completely new entity, but much care was given to fuse the two buildings together."The old and the new belong to a family, feature the same materials and present similar constructive solutions. This fact is also a consequence of the will to reveal and distinguish in a very clear way what was added and what was already there," added Bini.

Block B is 34 m long, 5 m deep and contains 2 office units of 90 sqm, each of them featuring a 30 sqm mezzanine and an independent access. The new building features a sequence of 14 generous openings with natural lighting, despite the impending and close presence of Block A. The 1 m wide and 4 m tall windows have been cut out from the main facade according to an asymmetric and irregular string. In this way, the module of the elevation, which is based on the width of the prefab sandwich panels that constitute the outer layer, is not immediately shown, but more subtly suggested by the random layout that was chosen by the designers among the possible arrangements.

The skeleton of the building is a dense three-dimensional structure of IPE and HEA beams and pillars. The elements that are left visible in the interior space of the offices presents a tubolar section. The shell is composed by prefab modular elements: the floor, the roof and the outer walls have been realized employing industrial sandwich insulated panels, a solution that combines a good structural performance, a high insulation, a fast montage and a certain degree of control from design to construction.

As for the material palette, the interior surfaces of the walls and the ceilings – except for the pitched roof inner layer on Block A’s top floor, where the prefab metal sandwich panels are exposed – are painted white, while the metallic structural elements crossing the interior space of the offices are all black. The choice of the ‘black and white’ underlines two distinguished tectonics: if white is associated with to the continuous elements (the gypsum board panels and the masonry walls), black is the color assigned to the discontinuous ones (the beams, the columns, the trusses and the window frames). 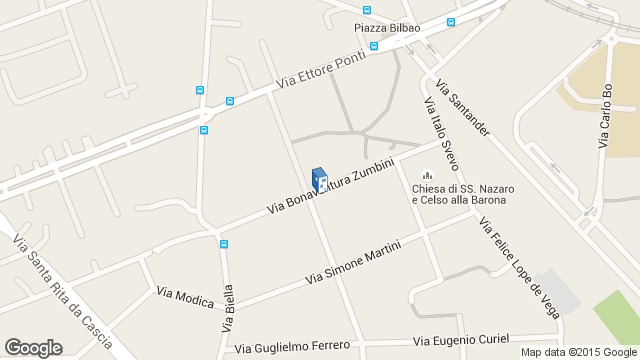