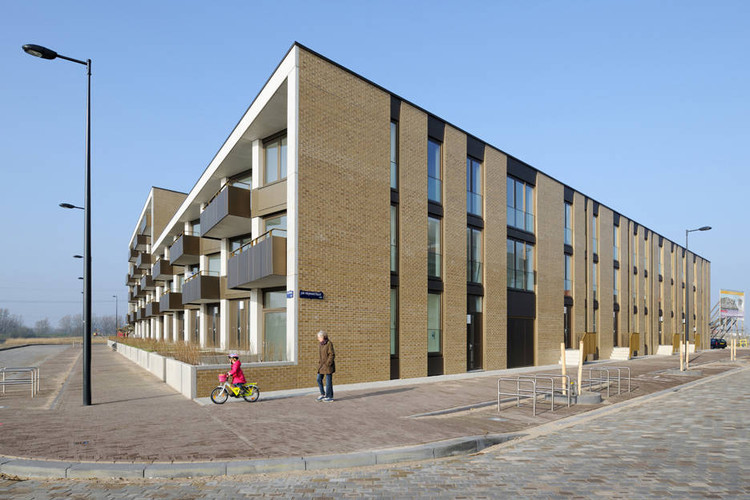 Text description provided by the architects. Loos Architects have finished a residential block with 25 apartments and 20 townhouses in Amsterdam-IJburg. Located at the southeastern end of the archipelago, the building is a fringe phenomenon as well as a landmark.

The artificial archipelago IJburg lies in lake IJmeer in the east of Amsterdam. Haveneiland, the biggest of the four finished islands, is characterized by an orthogonal street grid with perimeter blocks. At the southeastern end of the island – where the reclaimed land slowly fades into the water – lies a trapezium-shaped plot. Due to its fringe location, it's only half as big as the standard blocks and forms an exception in the urban grid.

This artificial location with scenic qualities was the starting point of the design of Block 64. According to the master plan, it should house a residential block with townhouses and apartments as well as a parking garage. Loos Architects have merged the different typologies into an architectural entity and created twelve different housing types, measuring 120 to 180 square metres.

What looks like a perimeter block at first sight, turns out to be an angular snake-shape, folding around a courtyard, at closer inspection. A characteristic silhouette is generated due to the jump in height between the five-storey apartment slab, which bends around the southeast corner, and the attached row of three-storey town houses. Playing with the relation between inside and outside and focussing on exterior spaces as a unifying element, the building has no backsides.

Three exterior façades have a rhythmic barcode structure consisting of brick- and window strips. On the fourth side, however, the sudden break in the urban grid becomes visible: The east façade looks as if the block has been cut open like a loaf of bread with a big knife, revealing its interior. This diagonal cut through the cross-wall structure results in a saw tooth façade with horizontal parapet ribbons, which fold themselves over the protruding balconies.

The courtyard, lined by the terraces of the townhouses, serves as collective exterior space. In the centre lies a sculptural roof garden, which brings a piece of landscape into the courtyard. In contrast to the verticality of the exterior façades, this space is dominated by horizontal lines, resulting from the gallery access of the apartment slab. An element of surprise is the cladding of the galleries with green and yellow enameled glass plates.

In combination with the rather subtle materials and colours used for the rest of the building (sand-coloured brick and dark-brown anodized window frames), they're reminiscent of the colourful lining inside a designer suit. In Block 64, contradictions like urban density and peripheral location, stacked and terraced housing types, verticality and horizontality, flatness and plasticity come together. 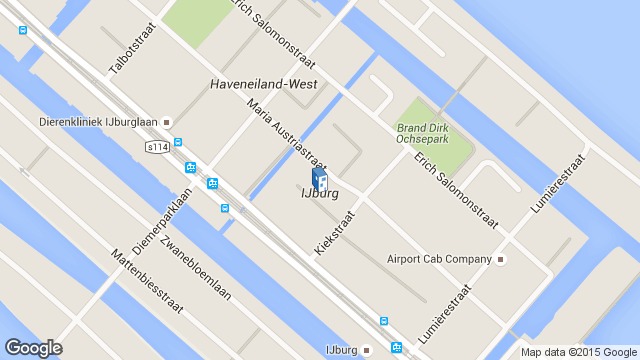 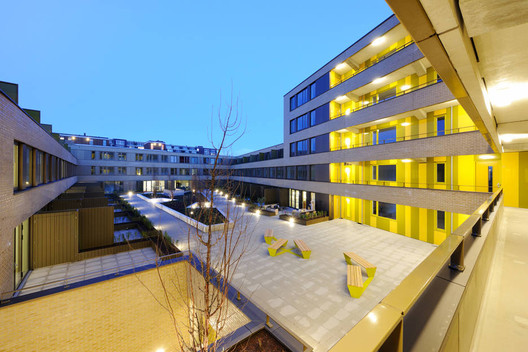 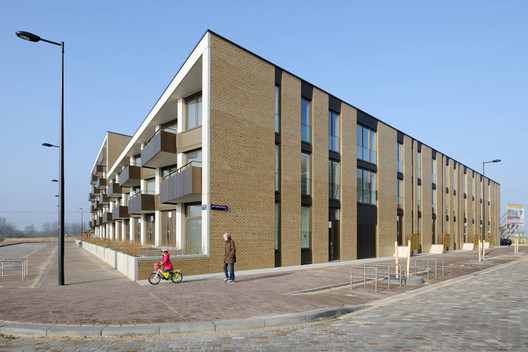