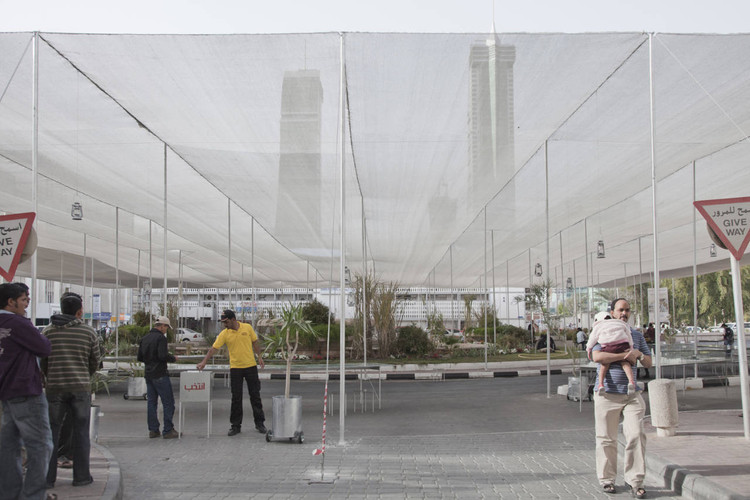 One of the few existing public spaces in Bahrain, the Bab al Bahrain square has been progressively turned into no more than a roundabout traffic intersection, mainly dominated by the car. Still, due to its historical importance and its centrality within the island, it holds the potential to become a lively urban public space.

Located at the entrance of the Suq it has the advantage of belonging to a tight urban structure which still benefits from a natural pedestrian network. Although it was once located a stone’s throw away from the sea, the square is today physically separated from it due to the ongoing land reclamation projects which have taken place since the 1950s. Considering the recent political events that have taken place across the region, the project seeks to question what a contemporary public space in the Arab World could look like.

Recent urban development around the country has encouraged urban sprawl, privileging car over pedestrian and abandoning most of the newly created public spaces to private real estate developers within gated communities. The air conditioned mall atriums have now become the de facto public spaces leaving behind the narrow streets of the city centre and creating a vacuum of secular non-commercial open public gathering spaces within the city.

Built for a couple of weeks only, the Bab Al Bahrain pavilion seeks to reinstate a strong sense of place and redefine the square as a representative space within Bahrain. The pavilion attempts to transform the existing square into a new shared space, acting as a 1 to 1 mock-up to encourage a debate about the future of the square.

In addition to lectures, movie screenings, public interviews and workshops, it accommodates the results of an open ideas competition that was launched for the redesign of the Bab Al Bahrain square. The light translucent shading fabric which covers the entire square modifies the user’s perception of the newly-enclosed space and changes its climatic conditions.

Using silver reflective thermal screening, a low-tech technology fabric used for green houses, and the existing fountain's evaporation process, it creates a welcoming microclimate. Underneath the fabric, the traffic is heavily reduced, allowing the public to reclaim the streets and gather for all sorts of activities. Large tables, built in local workshops, are the only urban furniture added to the existing square, they accommodate the competition results and architectural models as well as debates, picnics, games or informal meetings. 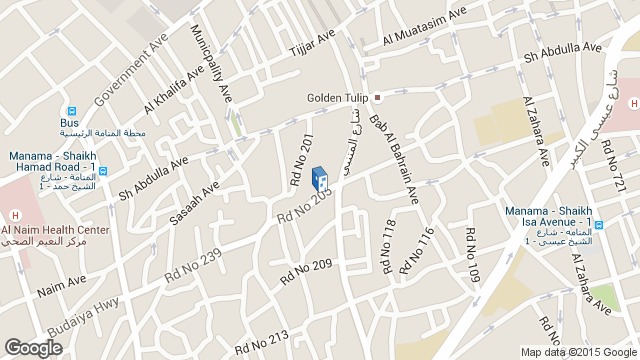 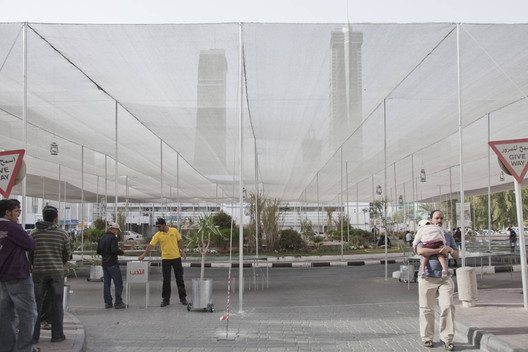