A strategy, not a form

The project of the Museum of the Wine in Almendralejo (Badajoz) poses and assumes the duality that exists in the process of elaboration of the wine. Science and art, system and chance, technical and inspiration are the opposites that build, in a mysterious, magic, almost miraculous way, a fine wine.

The buildings of an ancient alcohol industry will accommodate the museum, both the expositive and service areas -the batches of documents and pieces, administration and the rest of public spaces-, reusing its volumes, gaps, heights and voids in a way that the continent-museum itself would be part of the collection. The proposed extension, which will shelter additional uses to the museum, sticks, is leaned to the existing building, registering its movements, textures, protecting, wrapping them in a skin of light and of shade. This construction has a certain degree of immateriality opposite to the overwhelming -even crushing- presence and gravity of the rehabilitated building: a new duality.

In such a subversive way, and by means of a few practically genetic codes, the new building invades the former court of manoeuvre of the alcoholera, now transformed into a garden and incorporated to the museum, constructing a permeable, vibrant, changeable skin... This skin shelters the tours of the museum, allowing the rehabilitated pieces to be used in a complete way, without interruptions. Other necessary spaces -room of temporary exhibitions, assembly hall, vinatería (winery)- take place like re-grows of this tour and overturned towards the exterior.

This way, in the zone of access to the museum from the city, the skin-shelter transforms in door that opens this covered space, an extension of the street, for a surprising secret garden, an available yard for outdoor exposures, audience, terrace, walk…, a garden of vineyards where being able to observe different varieties and their pruning, harvest..., completing the museum with this alive element, the same origin of the wine.

The resultant family of forms is going to give step to the second strategy of subversion, and here can be seeing a form of settling of the court in which emptiness and abundances are going to show interlaced, as if they were thought at the same time. In effect, there stays behind this form of settling that it was considered sufficient constructing the perimeter, in a way parallel to the street, where the construction itself was considering the unique protagonist, leaving the space around it like a bare space: the space which left after constructing.

So if something characterizes today the architecture it is that the prominence has been deposited in free space, in that one which is between the constructed. This radical modification of the thought of the architecture, which is tied to the importance of the nature, to the blind condition of the buildings, to the mutability of the interiors, to its necessary exterior visibility, searches in this building a determined but serene expression.

It is precisely this geometry of organic behaviour, that is to say, organically in its way of proceeding, which manages to imagine a few spaces between the spaces, a set of places that are united by the gardens, and by the nature, where the concept of transparency expands, and interrogates us on the traditional exterior and interior sense of the words. 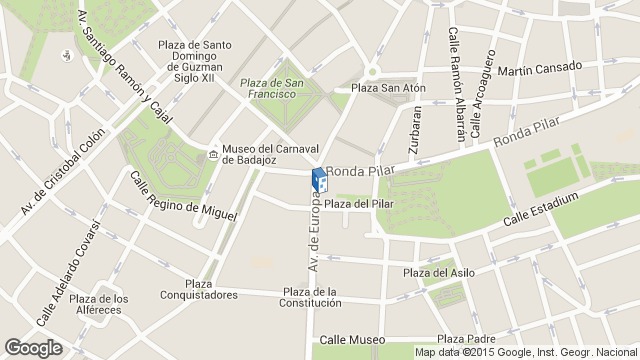 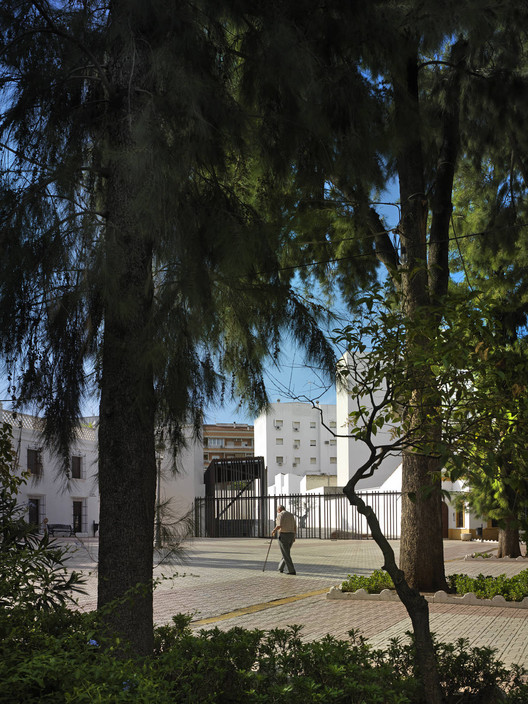