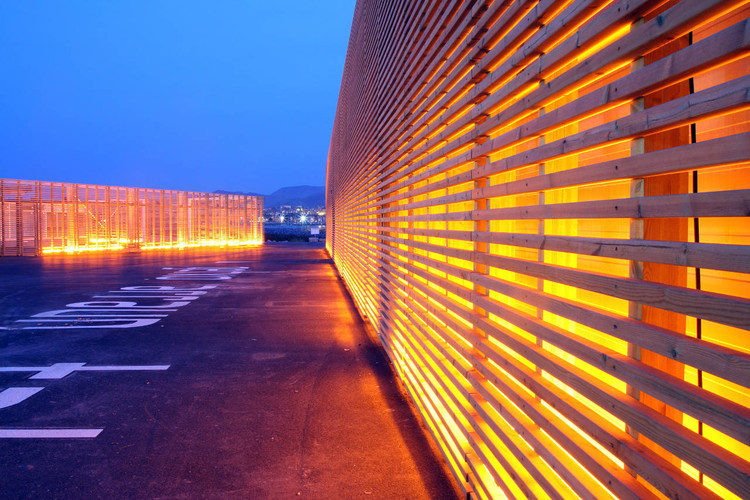 The location of this suite of pavilions dedicated to the practice of rowing and sailing is one of the ends of the Marina, in front of the ramp that descends to the mouth of the estuary, between the curved breakwater that encloses the Marina and the docks ending at the Arriluze lighthouse. From the site, besides the Abra, one can see Monte Serantes, the Arboleda, the Pagasarri, Punta Lu¬cero and the Ganekogorta; it is therefore a loca¬tion with a great urban presence that, when the project was drawn up, was used as an improvised open-air car park.

The aim here was to generate a proposal endowed with some degree of serenity and neutrality, with the sea and the boats as the true protagonists and seeking to make us forget, at least in this area, the dominant disorder by putting forward the horizon, the lighthouse and the masts as the visual motif.

The decision to separate the programme into two volumes has the object, together with the rug of tarmac on which they stand, of generating a highly intense exterior space that boosts the possibilities provided by its privileged location. The two prisms seek to establish a “distant dialogue” that connects them rather to the surrounding landscape than to the built elements found nearby. The exact spot on which each one stands is conditioned by the situation of the ramp descending to the water, in order to facilitate the movement of boats to the sea and vice versa.

The two buildings boast several interior spaces of differing dimensions, with different enclosures and acclimatisation requirements: classrooms and changing rooms, gym, covered hangar for rowing longboats, to the open-air yard for sailboats that is totally exterior though enclosed. This circum¬stance, together with the lack of load bearing ca¬pacity of the infilled land, determines a double lightweight skin composed of a metallic enclosure and an external wooden lattice that gives consist¬ency and visual continuity to both pavilions while filtering the light and the vistas from the interior.

The accessible façade enclosures are formed from sandwich panels in a silver finish, screwed on to the galvanised steel structure and combined with polycarbonate panels and metallic aluminium frames, while the suite of external enclosures has been clad in panels composed of horizontal pine¬wood slats autoclaved with copper salts, screwed on to vertical risers in laminated pinewood, affixed to the structure at its base and crown. Situated in the bottom part of the space between the sandwich-type enclosure and the wooden slats are watertight fluorescent luminaires with a colour fil¬ter that theatrically illuminate the complex formed from the two volumes, transforming them into a beacon that has become a nocturnal landmark in the Marina.

The prisms on the tarmac seek to become twinned with the sea and the silence, leaving behind the ‘noise’ of the leisure centre.

The complex is completed with the almost theatri¬cal night-time lighting that emphasises its abstract character. 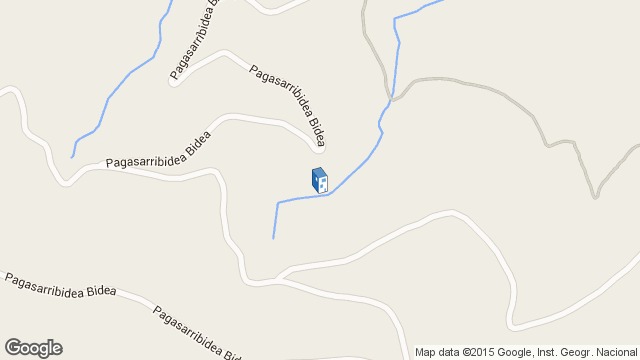